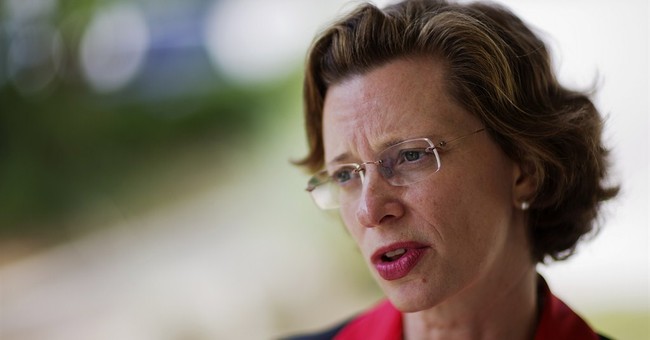 Last week, Georgia Democratic Senate candidate Michelle Nunn attended a fundraiser hosted by an ex-convict. No, I’m dead serious. The $2,600 a head Capitol Hill fundraiser for Ms. Nunn was co-hosted by Virtual Murrell; an early leader of the Black Panther Party who served some prison time for extorting businesses when he worked as an aide in city government in the 1990s (via National Review):

Murrell was indicted in 1994 by a federal grand jury on charges that he solicited and received over $37,000 in bribes from businesses in San Francisco while serving as an aide to an Oakland city councilman. The indictment found him guilty of violating the Hobbs Act, a federal statute that prohibits elected and appointed officials from using their public positions for personal gain. Murrell pleaded guilty and, in 1995, was sentenced to a year in prison.

His brush with the law was not his first time in the spotlight. In the late 1960s, as distribution manager for the Blank Panthers, Murrell was a vocal proponent of the party’s ten-point platform. Archival news footage from the local San Francisco station KRON-TV shows him arguing, on the eve of his draft date in 1968, that African Americans should be exempt from military service because blacks are “victimized by the white racist government of America.”

“I’m due to report for induction tomorrow morning for the purposes of being drafted into the United States Army,” Murrell says. “If this racist, ethnocentric, imperialistic dog forces me to go, I have no other choice other than to sabotage your arsenal and to arm black people to use [arms] against this racist power structure to defend themselves.”

Well, that sounds like just the right person to host a fundraiser for a Democrat running in a Republican state. Nunn’s communications director told National Review that they didn’t know Murrell’s past and disagree with his comments.