Trump Calls Out Ford During Rally: She Can Hardly Remember Anything 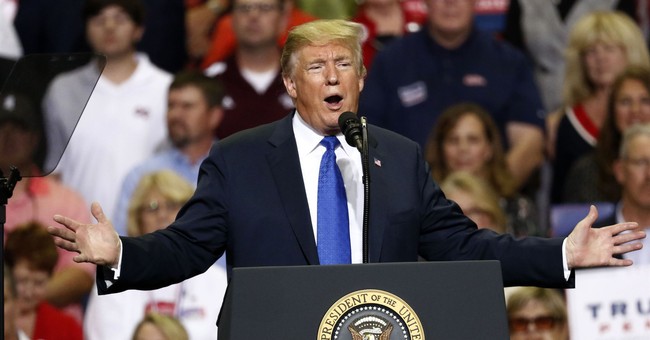 "36 years ago, this happened," Trump said referring to the 1982 party where Ford alleges the assault took place.

"What neighborhood was it in? I don't know," he continued. "Where's the house? I don't know. Upstairs, downstairs, where was it? I don't know, but I had one beer. That's the only thing I remember."

While much of the media panned his remarks as mockery of Ford, former White House Press Secretary Ari Fleischer countered, saying Trump simply "pointed out many of the inconsistencies in her account."

He didn’t mock Professor Ford. He pointed out many of the inconsistencies in her account - something the MSM won’t do, because they’re too invested in attacking Brett Kavanaugh. If the press were balanced, they would have raised the same issues Pres. Trump raised here. https://t.co/qsUAZeGWkl

During the rally, Trump also slammed Democrats for trying to destroy Kavanaugh.

He also targeted the admission by some Democrats that Kavanaugh doesn’t deserve the presumption of innocence.

"Guilty until proven innocent, that’s very dangerous for our country," Trump said. "I have it myself all the time, but for me it's like part of the job description...Let it happen to me. It shouldn't happen to him."

Rachel Mitchell, the sex-crimes prosecutor who questioned Ford last week, released a memo on Sunday detailing all of the inconsistencies in Ford’s testimony, saying the case is “even weaker than” one of “he said, she said.”