Trump: 'I Don't Have an Attorney General' 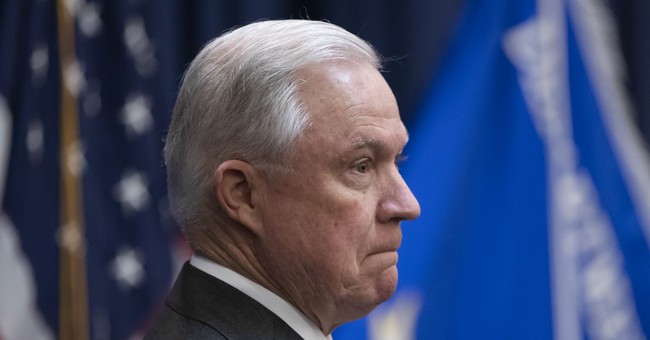 While President Trump’s criticisms of Attorney General Jeff Sessions are nothing new, his latest attack may signal his days in the Trump administration are numbered.

During an interview with The Hill on Tuesday, Trump seemed to lament Sessions’s performance at the Department of Justice so far, saying he doesn’t “have an attorney general.”

Trump has repeatedly criticized Sessions over his decision to recuse himself from the Russia investigation. But Tuesday’s remarks signaled he was disappointed with him over more than just the recusal.

“I’m not happy at the border, I’m not happy with numerous things, not just this,” he told The Hill, expressing disappointment with himself for rewarding Sessions’s early loyalty with being the country’s top law enforcement officer.

“I’m so sad over Jeff Sessions because he came to me. He was the first senator that endorsed me. And he wanted to be attorney general, and I didn’t see it,” he said.

“And then he went through the nominating process and he did very poorly. I mean, he was mixed up and confused, and people that worked with him for, you know, a long time in the Senate were not nice to him, but he was giving very confusing answers. Answers that should have been easily answered. And that was a rough time for him.”

Trump declined to say one way or another whether he’d follow through by firing Sessions.

“We’ll see what happens,” he said. “A lot of people have asked me to do that [fire him]. And I guess I study history, and I say I just want to leave things alone, but it was very unfair what he did,” he continued.