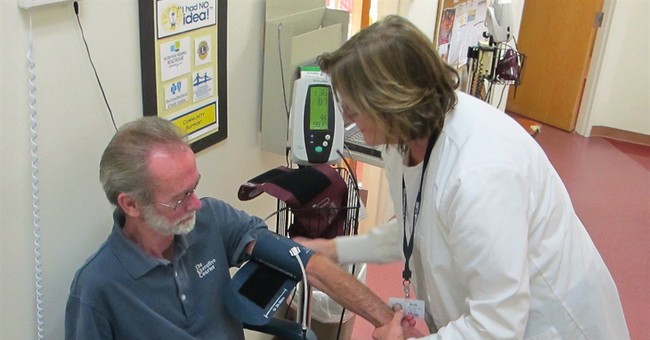 While Obamacare has already proven to be disastrous for patients, it’s also had adverse effects on physicians as well. It may seem surprising, then, that more doctors donated money to Democrats in the last election cycle than Republicans, a new study published in the Journal of the American Medical Association found.

The study, published in the Journal of the American Medical Association, finds that around 55 percent of doctors who made a contribution donated to Democrats, and 45 percent donated to Republicans in the 2013-2014 cycle.

The Democratic preference continues a trend that the study notes has been going on since the 1990s.

In 1995-1996, for example, a large majority, 72 percent, of doctors donated to Republicans. But that percentage declined over time until finally dropping below 50 percent in 2007-2008, the year of a Democratic wave and President Obama’s election.

The 2010 midterms saw a bump back to majority Republican donations, but now, even in a strong 2014 Republican midterm year, the donations remain majority Democratic.

One subset of physicians who are still more likely to support Republicans, however, are those in specialties, the study finds.

But looking at the bigger picture, what’s happened to cause the shift to the Democratic camp? Under Obamacare, at least, the answer may have to do with the fact that with more regulation and lower reimbursement rates, many independent physicians have left the headaches of private practice behind by retiring early or selling their practice to a large hospital system. In a previous study, the authors note that the declining number of doctors in solo or small practices contributed to the political shift, as well as an increasing percentage of female physicians. Also interesting is that this may be a long-term trend. The authors point out that because physicians rarely switch parties, the changes reflect “the exit of previous donors and the entry of new donors.”