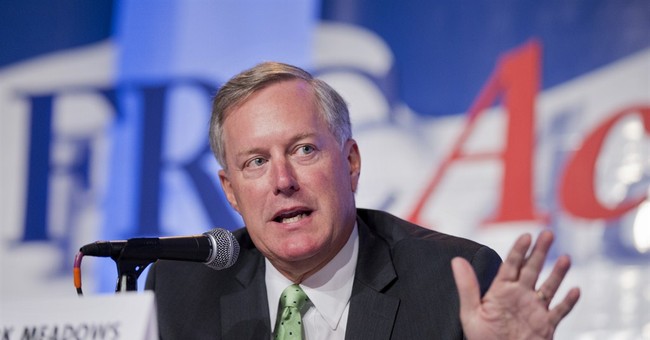 So, why was it necessary to begin with? In May of 2014, an IG report on federal employees watching pornography at work revealed that a top level employee was watching up to six hours each day while on the clock. A refresher:

An employee at the Environmental Protection Agency allegedly downloaded over 7,000 files of pornography on a government computer and watched them two to six hours per day, the agency's investigative unit revealed Wednesday.

"When an OIG special agent arrived at this employee’s work space to conduct an interview, the special agent witnessed the employee actively viewing pornography on his government-issued computer," Allan Williams, deputy assistant inspector general for investigations at the EPA, told the House Oversight and Government Reform Committee.

"Subsequently, the employee confessed to spending, on average, between two and six hours per day viewing pornography while at work," he added.

The improper conduct emerged as a result of a broader investigation into the agency following the 2013 conviction of senior EPA official John Beale, who falsely claimed to have been working for the CIA and defrauded the agency out of almost $900,000 in pay and benefits.

Worse yet, thanks to the civil service protection program, the EPA couldn’t fire this top-level official and he remains on paid leave collecting a roughly $120,000 salary--courtesy of taxpayers, of course.

All of this absurdity prompted Rep. Mark Meadows (R-NC), sponsor of the Eliminating Pornography from Agencies Act, to put an end to it.

“Over the last several months it has become far too obvious that the type of behavior that was first highlighted at the EPA has been discovered over and over again, across a host of agencies. To ignore this issue would not only condone an abuse of taxpayers’ dollars, but also embrace an unhealthy workplace. Today's action should send a clear message that it is time for zero tolerance of this kind of behavior,” Meadows said in a statement.

“While there are rules in place at most agencies to ban this kind of unprofessional and unacceptable workplace behavior, it continues to take place. There is absolutely no excuse for federal employees to be viewing or downloading pornographic materials on the taxpayers’ dime,” he continued.

Meadows introduced similar legislation in the last session of Congress, but it was not enacted.

Is tonight’s debate over before it begins?
Hotair
More Details on Biden’s Desperate Debate Moves: Turns Out It’s Even Worse Than First Reported
Redstate