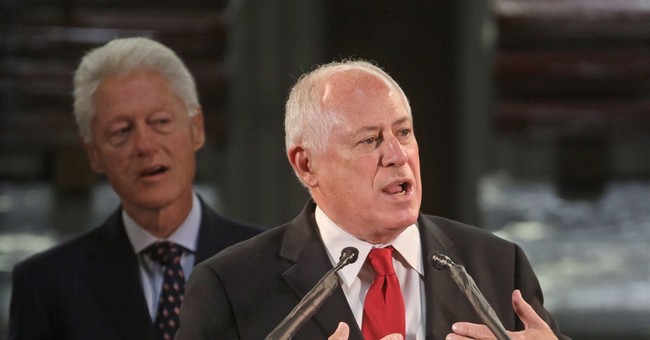 Democratic Gov. Pat Quinn was dealt an ethics blow by a federal judge this week, just 12 days before Election Day.

The judge granted a request to appoint a monitor to oversee hiring practices at the Department of Transportation in Illinois after allegations that the Quinn administration put politics above job qualifications when filling positions.

The transportation agency came under fire in April after Chicago attorney Michael Shakman, who has long crusaded against patronage, argued the Quinn administration was filling positions based on political considerations rather than job qualifications.

A subsequent report by the state Executive Inspector General Ricardo Meza outlined how Quinn had failed to rein in patronage abuses at IDOT after replacing ousted ex-Gov. Rod Blagojevich.

Meza maintained hundreds of people were hired into so-called "staff assistant" positions without having to go through strict personnel procedures under rules designed to keep politics out of most state hiring.

Quinn fired 58 people hired into staff assistant jobs, but decided to keep another 103. Attorneys for his office have argued a court monitor was not needed because reforms were put into place following the inspector general's report, contending the ethics watchdog acts as an independent watchdog.

Shakman argued the changes amounted to little more than public relations, and questioned the thoroughness of the inspector general report.

Republican challenger Bruce Rauner has been hitting Quinn on ethics issues for months now, so this will certainly help validate those attacks.

"A federal judge in Chicago confirmed what we’ve known all along – Pat Quinn is a phony reformer who can't be trusted to clean up state government," a Rauner campaign email stated.

It will be interesting to see how much, if at all, this ethics blow will affect Quinn at the ballot box, especially because the race is a toss up right now.