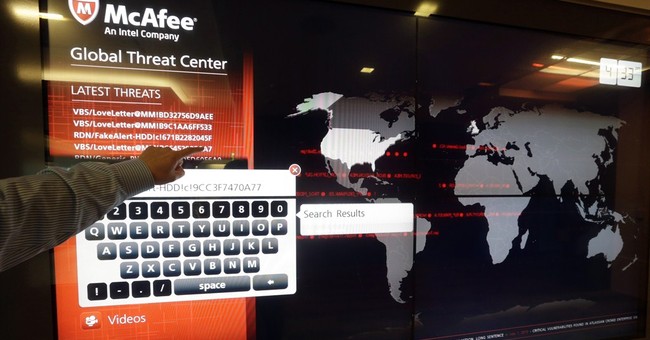 ISIS is hoping to carry out major attacks on the West that could wreak major havoc—and they could do it from anywhere in the world.

Islamic State militants are planning the creation of a 'cyber caliphate' protected by their own encryption software - from behind which they will launch massive hacking attacks on the U.S. and the West.

Both Islamic State and Al Qaeda claim to be actively recruiting skilled hackers in a bid to create a team of jihadist computer experts capable of causing devastating cyber disruptions to Western institutions. […]

Large numbers of Islamic State fighters are young, highly educated Westerners who are fighting the holy war with sophisticated backgrounds and training with digital technology.

Militants' use of Twitter and Facebook allows them to target an entire new generation of young possible recruits, while the beheading videos of James Foley and Steven Sotloff were created using skilled video and audio editing techniques.

They are now boasting it is only a matter of time before their plan becomes a reality.

“They are forward-thinking and are experimenting with hacking,” Steve Stalinsky of the Middle East Media Research Institute, told the Daily Mail. “In the future, the jihadists’ cyber army’s activities will become a daily reality.”