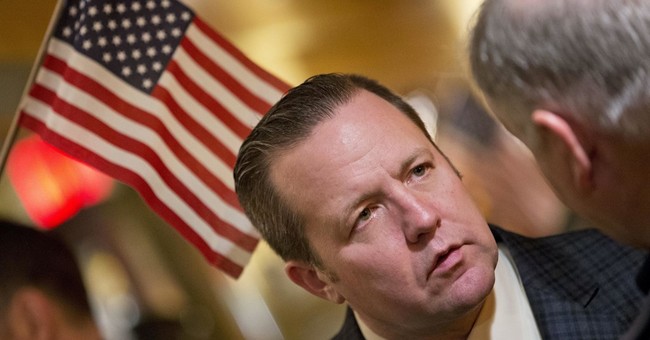 Stewart was once a state chairman of President Trump’s 2016 presidential campaign and almost won the 2017 Republican nomination for governor, losing by one point to Ed Gillespie.

He was fired from the Trump campaign after organizing an unsanctioned protest outside the Republican National Committee's headquarters.

Stewart has been criticized for his past association with Paul Nehlen, a Republican challenger to House Speaker Paul Ryan who was suspended from Twitter for anti-Semitic tweets.