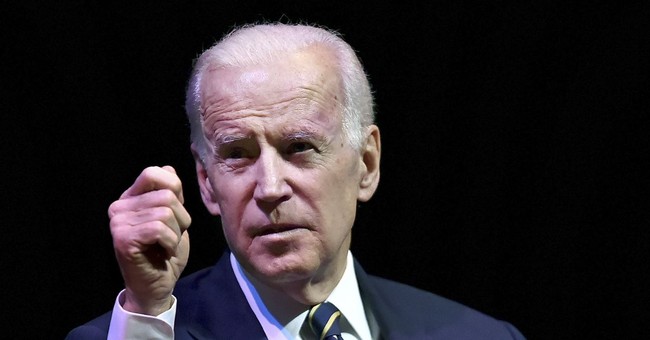 Biden claims that Trump “manufactured a crisis for his own political interests that puts us on a collision course not only with an adversary but also with our closest partners.”

In his statement, Biden calls Trump’s decision a “profound mistake.”

“Talk of a ‘better deal’ is an illusion,” Biden wrote. “It took years of sanctions pressure, painstaking diplomacy, and the full support of the international community to achieve that goal. We have none of that in place today.”

“President Trump’s decision will do the opposite of what he says he intends,” he claimed. “It will free up Iran’s path to a nuclear weapon and ultimately force us into a binary choice between engaging in a new military conflict or living with a nuclear-armed adversary, both of which pose grave national security risks. And it puts us at odds with our closest European allies, who repeatedly urged the United States to honor the agreement.”

In his announcement Tuesday, President Trump said, "this is a horrible, one sided deal that should have never been reached..It didn't bring calm, it didn't bring peace and it never will.

Trump said Iran has been lying all along.

“At the heart of the Iran deal was a giant fiction, that a murderous regime desired only a peaceful, nuclear energy program," he said. “Today, we have definitive proof that this Iranian promise was a lie.”