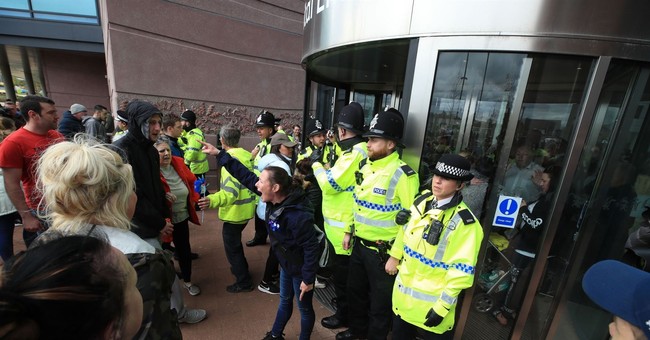 UK Police are now warning that they are monitoring the social media posts of those commenting on the Alder Hey Hospital in Liverpool and the courts' decision to remove gravely ill toddler Alfie Evans from life support.

Alfie's parents lost their final bid Wednesday afternoon to move their 23-month-old son with an unknown degenerative brain condition to a hospital in Italy. An appeals court sided with the Alder Hey Hospital claiming it would be "unkind" and "futile" to continue treatment. The hospital removed life support Monday but Alfie defied doctors’ expectations by surviving now 48 hours without a ventilator.

As an international outcry over the situation is growing, including appeals from Pope Francis and the president of Poland, the local Meyerside Police department released a chilling statement to those posting about the situation on social media.

“I would like to make people aware that these posts are being monitored and remind social media users that any offences including malicious communications and threatening behaviour will be investigated and where necessary will be acted upon,” Chief Inspector Chris Gibson wrote.

We've issued a statement this evening to make people aware that social media posts which are being posted in relation to Alder Hey and the Alfie Evans situation are being monitored and may be acted upon. Read the full statement here: https://t.co/epopt5bhmY

The appeals court decision today exhausted Alfie's parents' last legal avenue. There is still a possibility that they will be allowed to take their son home for his final moments.