Pat Roberts Is Closing On Greg Orman - But Is It Too Late? 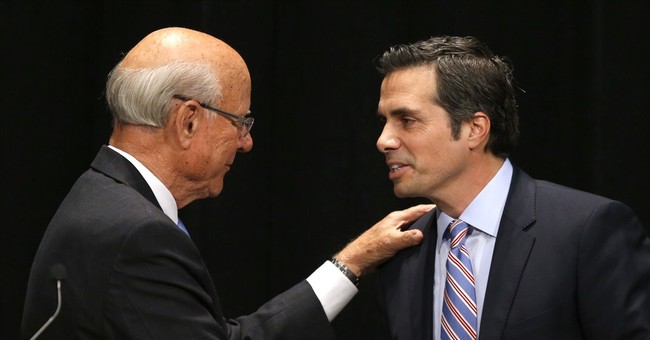 First, the good news: Pat Roberts has been struggling in this race and many polls have found him trailing Orman, so even a dead heat might mean he's gained some ground - and that his rhetoric that Orman is a progressive masquerading as a centrist might be taking hold. The other candidate/undecided vote looks to be breaking toward Roberts, as only 8% of those polled now say they're not committed to either Roberts or Orman.

Townhall's PollTracker average, which takes into account all polling to date, finds Orman has a slight lead of two percentage points over Roberts: