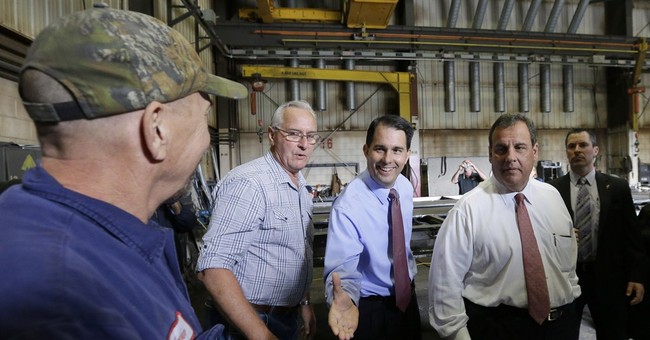 In what's been a surprisingly tight and back-and-forth race in Wisconsin between incumbent GOP governor Scott Walker and Mary Burke, a few top party advocates have hit the trail for their respective candidates.

Chris Christie and Michelle Obama both have gone to Wisconsin for campaign events, as the Associated Press reports:

In two western Wisconsin appearances, Christie held Walker up as someone with both honesty and integrity. He contrasted that with Burke who is being criticized by Walker and Republicans as a plagiarist for having language and ideas in her jobs plan also used by four other Democratic gubernatorial candidates. Burke blamed a consultant who worked for all of the campaigns and cut ties with him. "If you can't trust her honesty and her integrity when she tells you this is her plan, why would you trust her on anything else she tells you about what she'll do for Wisconsin or Scott's record?" Christie said at a local Republican Party headquarters. Burke addressed the plagiarism allegations only indirectly while criticizing Walker for failing to fulfill his jobs promise from his first campaign.

The plagiarism allegations have continued to haunt Burke even as the polls have vacillated. An exclusive new Townhall/Gravis Marketing poll out today has Scott Walker trailing Mary Burke by five points: