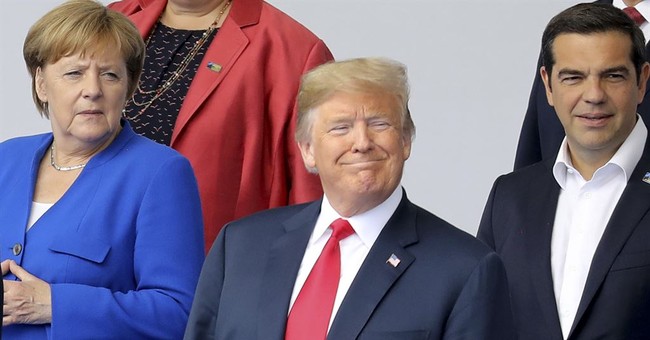 Deputy Attorney General Rod Rosenstein, who made the indictment announcement from the Justice Department, did in fact make similar remarks.

President Trump will have a one-on-one meeting with Russian President Vladimir Putin next week and was briefed on the indictments earlier this week.

During a press conference early Friday with UK Prime Minister Theresa May, President Trump said he will be bringing up the issue of Russian election meddling at that time.