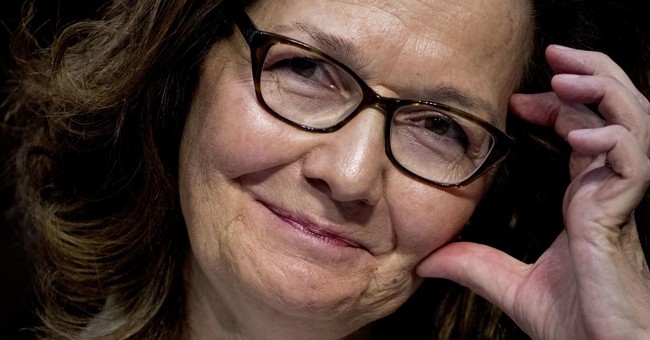 Acting CIA Director Gina Haspel received a promotion to permanent CIA Director Thursday afternoon when the Senate voted to confirm her nomination for the position 54-45.

On the Senate 54-45 vote to confirm Gina Haspel as CIA Director:

Haspel, 60, is the first woman in U.S. history to lead the spy agency. She was nominated by President Trump to replace Mike Pompeo, who now serves as Secretary of State.

I’m very glad the Senate has confirmed Gina Haspel as the new Director of the CIA.

Ms. Haspel is highly qualified and has worked her way up through the ranks. She’s a seasoned intelligence professional at a time of great danger facing our nation.

Just like Clare Boothe Luce was the first female appointed to a major ambassadorial post abroad, Gina Haspel has become the first female director of the CIA. Congratulations! pic.twitter.com/g4eVeoQPPC

During her confirmation hearing two weeks ago, Haspel was pressed by Senators about her role in the CIA's enhanced interrogation program after 9/11. She said while the program gathered important intelligence that thwarted terrorist attacks against the United States, she wouldn't restart or reuse the tactics.

"I understand that what many people around the country want to know about are my views on CIA's former detention and interrogation program," Haspel said. "I have views on this issue, and I want to be clear. Having served in that tumultuous time, I can offer you my personal commitment, clearly and without reservation, that under my leadership CIA will not restart such a detention and interrogation program."