BREAKING: President Trump Has Made a Decision About the Iran Deal 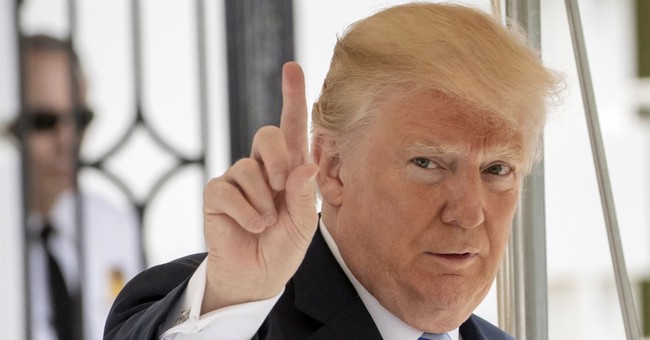 President Trump has made a final decision about whether to stay in or get out of the Iran nuclear agreement. He will explain the decision Tuesday afternoon from the White House.

I will be announcing my decision on the Iran Deal tomorrow from the White House at 2:00pm.

Trump's decision will come four days before the May 12 deadline. When he recertified the deal in January, he said it would be the last time unless European leaders came up with necessary fixes. He also called on Congress to get involved.

"I am open to working with Congress on bipartisan legislation regarding Iran. But any bill I sign must include four critical components," Trump said earlier this year. "First, it must demand that Iran allow immediate inspections at all sites requested by international inspectors. Second, it must ensure that Iran never even comes close to possessing a nuclear weapon. Third, unlike the nuclear deal, these provisions must have no expiration date. My policy is to deny Iran all paths to a nuclear weapon—not just for ten years, but forever. Fourth, the legislation must explicitly state in United States law—for the first time—that long-range missile and nuclear weapons programs are inseparable, and that Iran’s development and testing of missiles should be subject to severe sanctions."

During the White House briefing Monday, Press Secretary Sarah Sanders said the President still believes the deal is the worst the United States could have ever agreed to. Over the weekend, newly minted National Security Advisor John Bolton indicated President Trump plans to rip it up.

Meanwhile, European leaders and the Iranian regime have declared they will stay in the deal regardless of whether the United States stays or goes.