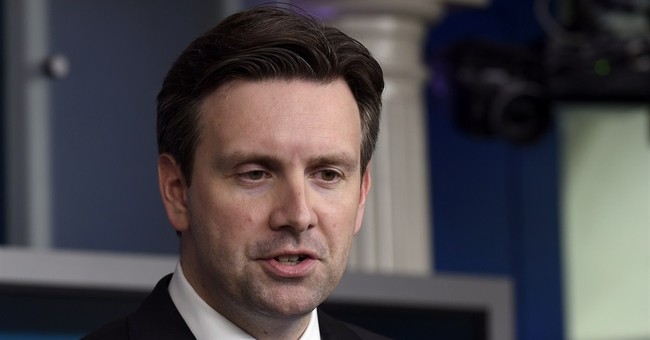 UPDATE III: Reporters were not amused to find their cameras down turned during the evacuation. Strangely, the Secret Service felt it was necessary to evacuate the press, but not press secretary or the President, whose offices sit right near the briefing room. When the briefing resumed after given the all clear, Press Secretary Josh Earnest said President Obama was not moved.

UPDATE II: Good news, all clear. Keep in mind, this was a credible threat.

All clear at the White House. Reporters are being let back in. According to USS. Rare evacuation but all clear now.

UPDATE: The entire West Wing has been evacuated. UPDATE: Apparently not

@KatiePavlich So a cluster of @SecretService officers told me. But now @WhiteHouse @PressSec says only Lower Press and press area.

The daily White House press briefing was abruptly halted by Secret Service this afternoon at approximately 2:10 pm et after a threat was called in. Officers are currently clearing the room and reporters have been moved outside. A bomb sniffing dog was brought into the room to check for explosives.

Former Secret Service Agent Dan Bongino tells Fox News that for an evacuation like this to occur during business hours indicates the situation is serious and from a verified source. Fox News White House Correspondent Ed Henry added that although the White House often has suspicious package threats, evacuations of the press room are unprecedented.

"It is extremely rare for them to evacuate the West Wing of the White House especially in the middle of a press briefing," Henry said.

BREAKING: all press now being evacuated from press briefing, not being told what threat is

Earlier today, a Senate hearing was ended and evacuated after a bomb threat and suspicious package were found. That was given the all clear. Security officials have confirmed that the White House threat was likely called in by the same person who called in the threat at the Senate hearing.