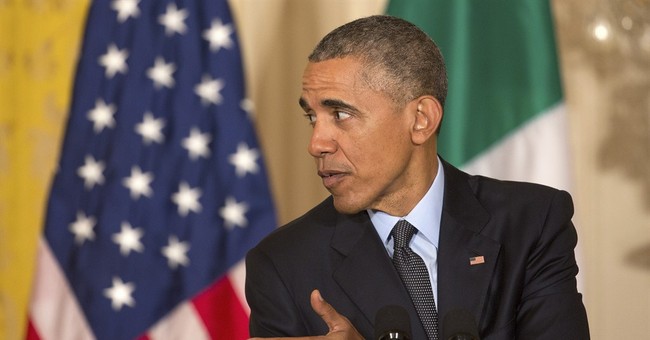 Speaking to reporters at the White House Monday, Press Secretary Josh Earnest said the release of American journalist Jason Rezaian, who works as a correspondent for the Washington Post, will not be required as part of a deal over Iran's nuclear program.

"On the Jason Rezaian case, why can't you just say to the Iranians on a condition of making this deal final you've got to free Jason Rezaian? I understand you're not going to resolve all of your issues with Iran exporting terrorism throughout the region, all of those issues that are very complicated perhaps? Some would argue maybe not but here you have one case of an American who has been held prisoner since July of last year now brought up on what you just said are absurd charges, why not say, 'Look we're  not going to sign a deal until you let him go,'" ABC's Jon Karl asked.

"The effort to build the international community's strong support for a diplomatic resolution or a diplomatic agreement that would shut down every pathway Iran has for a nuclear weapon is extraordinarily complicated and so we are trying to focus on these issues one at a time and that's why you continue to see regular, consistent and pretty forceful statements from the United States that these Americans should be released," Earnest responded.

Rezaian has been held by the Iranian regime since July 2014. Today his attorney told CNN he has been charged by the Iranians with four different crimes, including espionage. The White House is calling the charges outrageous, but still won't include his release in the upcoming nuclear deal with the terror state.

Other Americans being held by Iran include American Marine Amir Hekmati and Christian Pastor Saeed Abedini.