White House: Iran is Frequently a "Menace" to Israel 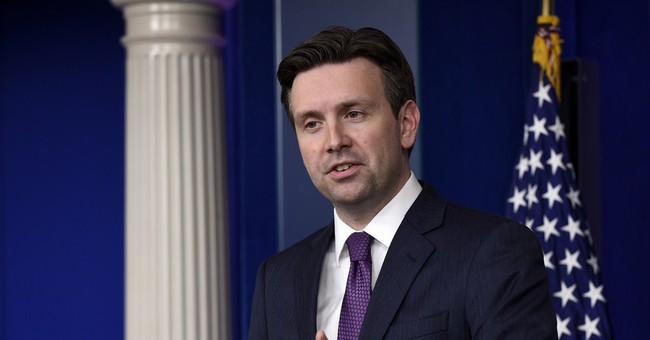 Speaking from the White House Tuesday, Press Secretary Josh Earnest reaffirmed U.S. support for Israel by citing Iron Dome funding and the historic relationship between the two countries. But when asked specifically about the treatment of Israel by the Iranians, who are in the middle of negotiating a nuclear deal, Earnest said the state-sponsor of terror often is a "menace" to the only Democracy in the Middle East.

"Obviously on a number of occasions I've had ample opportunity to condemn the kind of rhetoric we've seen directly at Israel by the government of Iran. Our position on that has not changed, that's something we continue to strongly oppose and condemn. This nuclear agreement is not going to resolve all of those concerns but it's precisely because Iran does so frequently menace Israel that we feel we need to take these steps to prevent Iran from obtaining a nuclear weapon," Earnest said.

Iran is a menace to Israel? How about Iran is a mortal threat to Israel? Or how about an enemy? The bees that crashed the White House Easter egg roll yesterday were a menace. A menace is someone bullying kids in the school yard, not a radical Islamic regime dedicated to destroying the entire existence of the world's only Jewish State.