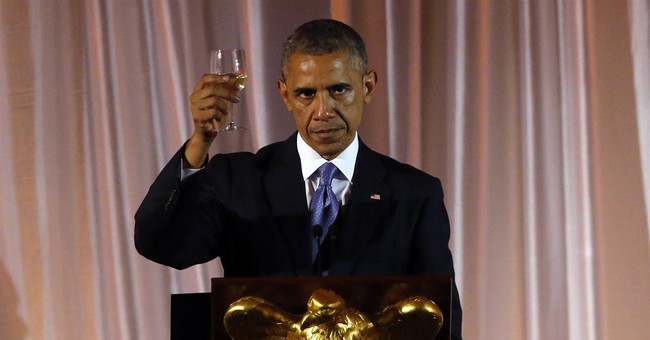 Democrats are having a rough time just 15 days out from the 2014 midterm elections and have done nearly everything to distance themselves from President Obama, including refusals to admit voting for him. New polling from POLITICO shows 57 percent of Americans disapprove of the way Obama has handled the economy with a whopping 64 percent of voters in battleground states saying things are "out of control."

So why are Democrats behind? Well maybe President Obama just hasn't fundraised enough for them.

"The stakes for this election are high which is why you've seen the President so invested in raising money and trying to lend some organizational expertise to other Democratic candidates. In some cases he's campaigned for them. The President is dedicated to supporting candidate who support a middle class agenda that he has strongly advocated," White House Press Secretary Josh Earnest said Tuesday. "What I'm saying is that individual candidates across the country are running their own campaigns as they should and I'm confident that they will get all of the credit or blame that they deserve for the outcome of the election. I'm also confident that people will evaluate what the President could have done to be helpful. Did he do all he could to raise as much money for Democratic candidates given all of the challenges that are on his plate? And the President has worked very hard."

With the exception of the Ebola crisis, President Obama has failed to cancel a single fundraiser with "all the challenges on his plate" including: Benghazi, beheadings of Americans, a commercial flight being shot down by Russia, the march of ISIS, etc.

This year alone Obama has hosted 40 fundraisers and during his tenure at the White House, he's been to 400.