UPDATE: Had Fever on the Plane; Good News: Second Hospitalized Ebola Patient Flew on an Airplane Hours Before Showing Symptoms 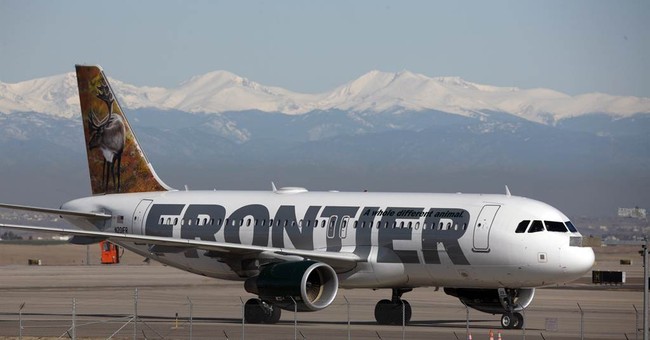 UPDATE 4:00 p.m.: The second Ebola patient had a fever during her flight Monday, which means she was potentially contagious:

A second Texas nurse who has contracted Ebola flew on a commercial flight from Ohio to Dallas with a slight temperature the day before she was diagnosed, health officials said on Wednesday, raising new concerns about U.S. efforts to control the disease.

Chances that other passengers on the plane were infected were very low, but the nurse should not have been traveling on the flight, U.S. Centers for Disease Control and Prevention (CDC) Director Dr. Thomas Frieden told reporters.

The woman, Amber Vinson, 29, was isolated immediately after reporting a fever on Tuesday, Texas Department of State Health Services officials said. She had treated Liberian patient Thomas Eric Duncan, who died of Ebola and was the first patient diagnosed with the virus in the United States.

Early this morning the Texas Department of Health Services confirmed a second medical worker who treated Thomas Eric Duncan for Ebola in a Dallas hospital has contracted the deadly disease.

Now we know that second person (the name has not been released) was on a commercial Frontier Airlines flight on Monday, less than 24-hours before showing symptoms. She took the flight Monday afternoon from Cleveland to Dallas and Tuesday morning reported a fever. Confirmation the patient has Ebola was released early Wednesday morning after tests were conducted.

Frontier Airlines and the CDC are working to contact other passengers on board that flight.

Authorities say that the healthcare worker did not exhibit symptoms while on the flight, according to crew members. However, the precaution is needed due to the proximity in time between the flight and the first reported symptoms.

At approximately 1:00 a.m. MT on October 15, Frontier was notified by the CDC that a customer traveling on Frontier Airlines flight 1143 Cleveland to Dallas/Fort Worth on Oct. 13 has since tested positive for the Ebola virus. The flight landed in Dallas/Fort Worth at 8:16 p.m. local and remained overnight at the airport having completed its flying for the day at which point the aircraft received a thorough cleaning per our normal procedures which is consistent with CDC guidelines prior to returning to service the next day. It was also cleaned again in Cleveland last night. Previously the customer had traveled from Dallas Fort Worth to Cleveland on Frontier flight 1142 on October 10.

CDC officials will hold a press conference early this afternoon about these latest developments.

UPDATE: In a rare move, President Obama has postponed two fundraiser trips to deal with the latest news.