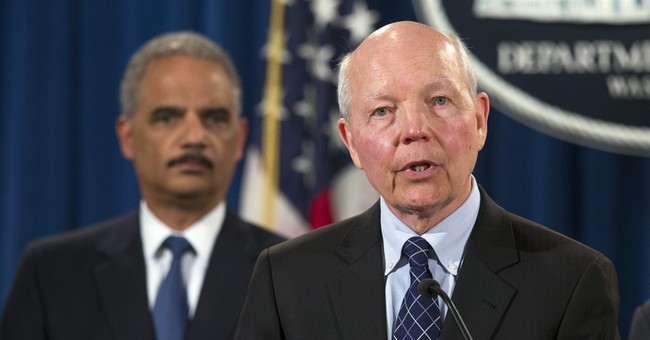 Isn't it weird when confidential tax information belonging to a conservative group, information that only the IRS has access to, is leaked and published on the website of a liberal political opponent?

The IRS is paying out $50,000 in a settlement to the National Organization for Marriage after admitting the agency gave the group's tax information to the Human Rights Campaign, which used the information to attack the group publicly.

The IRS has admitted wrongdoing and agreed to pay a $50,000 settlement to a conservative group after confidential information from the group’s tax returns about its donors was published on the website of a political opponent.

A federal court ordered the U.S. government to pay the settlement to the National Organization for Marriage, a group that opposes same-sex marriage. The group sued the IRS last year after tax information from a 2008 form was leaked and ended up being published in 2012 by the Human Rights Campaign, which supports gay rights.

The group’s chairman John Eastman said in a statement Tuesday that he is thankful that the IRS is being held accountable after a “long and arduous” process.

“Thanks to a lot of hard work, we’ve forced the IRS to admit that they in fact were the ones to break the law and wrongfully released this confidential information,” he said.


This is just another coincidence, I'm sure.

Naturally, the Department of Justice, the same department that is supposed to be investigating the targeting of conservative groups, represented the IRS in this case.