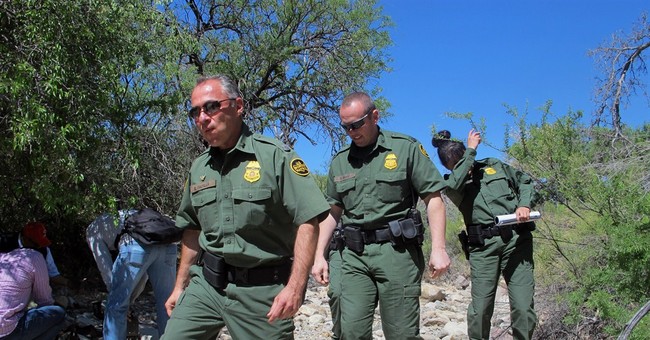 The National Association of Former Border Patrol Officers is ripping the latest unaccompanied child crisis and push for amnesty on Capitol Hill as an "orchestrated and contrived assault on the compassionate side of Americans."

In a press release issued earlier this week, Chairman Zack Taylor accused "any elected member of the Executive or Legislative Branch of the U.S. Government that has not stood up and demanded that current
Immigration Law be enforced vigorously since 1986 is fully and exclusively responsible for this latest invasion."

"This is not a humanitarian crisis. It is a predictable, orchestrated and contrived assault on the compassionate side of Americans by her political leaders that knowingly puts minor Illegal Alien children at risk for purely political purposes. Certainly, we are not gullible enough to believe that thousands of unaccompanied minor Central American children came to America without the encouragement, aid and assistance of the United States Government. Anyone that has taken two six to seven year old children to an amusement park can only imagine the problems associated with bringing thousands of unaccompanied children that age up through Mexico and into the United States. I doubt even the Cartels would undertake that chore at any price. No, it has to be heartless corrupt politicians and their minions lusting for more money and power," the release states. "Will this heartless criminal exploitation of Central American infants and children finally awaken Americans to the ruse being foisted upon them by their government, the media and other interested parties, or has America lost her ability to stand up against the tyrants and do what is right rather than what is easy? Obviously, this administration thinks you are as corrupt as they are and will vote them back into office or these young children would not be streaming into America to tug at your hearts and empty your heads of reason."

Taylor also encouraged Americans to "to rise up and report in mass to the ballot box with fire in their hearts for the rule of law."