John Kerry Won't Testify About Benghazi Because He'll Be in Mexico 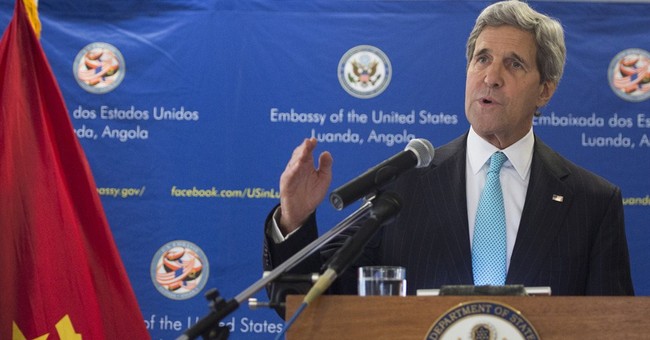 Secretary of State John Kerry was issued a subpoena last week and called to testify about Benghazi in front of the House Oversight Committee on May 21. Yesterday he said he would comply with the subpoena. Now, the State Department has released a statement saying Kerry will not be available to testify because he'll be in Mexico.

More from the AP:

The State Department says Secretary of State John Kerry will be traveling to Mexico later this month, making him unavailable to testify before a congressional committee hearing on Benghazi that he has been subpoenaed to attend.

The department said Wednesday that Kerry will be in Mexico for two days, starting on May 21. That means he will miss the scheduled hearing that the House Oversight and Government Reform Committee has set for the same day. Committee chairman Darrell Issa last week issued a subpoena for Kerry to appear.

State Dept: Kerry to be in Mexico on Benghazi hearing day, unavailable to testify to House panel under subpoena: http://t.co/mulCY9e7WF


Update: Keep in mind this is the same John Kerry who was yachting and kayaking

as Egypt was falling apart last year. Also be sure to read John Kerry's Yacht and Benghazi by Guy Benson.