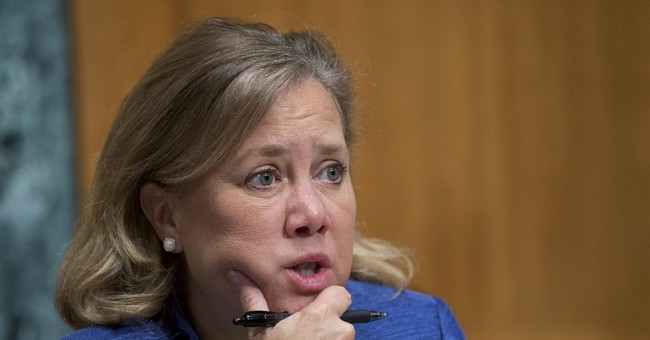 Thursday during debate on the Senate floor about an amendment offered by Republican Senator John Thune requiring 350 miles of double-layer fencing along the southern border, Democratic Senator Mary Landrieu called the fence "dumb" and claimed South Dakota is a border state. Thune's amendment backs up the 2006 Secure Fence Act (which Landrieu voted for) requiring 700 miles of double layer fence along the southwest border with Mexico, of which only 36 miles have been completed.

I’m going to speak about this amendment for just a minute, but I’ld like to respond to Senator Thune, and I wish that we could get a vote on his amendment as well as this one because I would like to strongly vote and strongly express objection to this amendment. And I’d like to comments for a minute. I chair the Homeland Security Appropriations Committee that is actually building the fence. The money to build it comes though my Committee, so I’ve actually gone down to look at the fence that we’re trying to build. It was shocking to me and would be shocking to everyone in America if they would see it. That no matter if you build a single fence or a double fence with space in between, how easy it is for people to be very ingenious about getting over it or under it. So I would be voting against Senator Thune’s amendment because I’m, not going to waste taxpayer money on a dumb fence and that ‘s what his amendment would be. We need to build a smart fence. And a fence is not just a physical structure which could be built out of a variety of different materials with or without barbed wire on the top. A smart fence which is what Senator McCain and I want to build – since he’s from Arizona, I think he knows more about this than the Senator from South Dakota, who only has a border with Canada that is quite different.