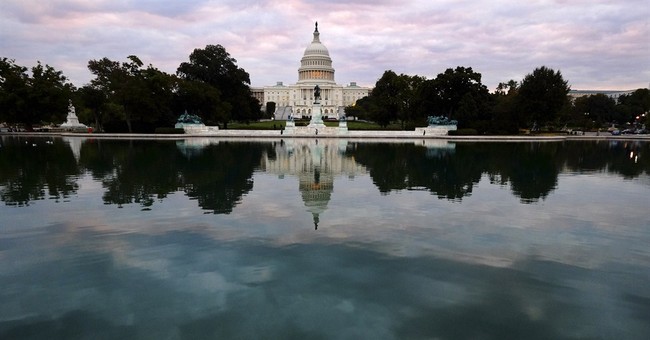 Raise taxes on the rich, increase the minimum wage, expand government benefits – this is the liberal recipe for success when it comes to shrinking the income inequality gap. According to recent studies, however, we see the divide between the rich and poor is generally wider in states that vote predominately for the Democratic Party.

Stephen Moore, chief economist at The Heritage Foundation, and Richard Vedder, professor of economics at Ohio University, wrote a piece for the Wall Street Journal titled “The Blue-State Path to Inequality: States That Emphasize Redistribution Above Growth Have A Wider Gap Between Lower And Higher Incomes.” Moore and Vedder look at a statistical dispersion called the Gini coefficient to show the income distribution of each state. The higher the Gini ratio, the more inequality is present.

The results reveal that red states tend to have a more thriving middle class when compared with blue states:

According to 2012 Census Bureau data (the latest available figures), the District of Columbia, New York, Connecticut, Mississippi and Louisiana have the highest measure of income inequality of all the states; Wyoming, Alaska, Utah, Hawaii and New Hampshire have the lowest Gini coefficients. The three places that are most unequal—Washington, D.C., New York and Connecticut—are dominated by liberal policies and politicians. Four of the five states with the lowest Gini coefficients—Wyoming, Alaska, Utah and New Hampshire—are generally red states.

What about minimum wage? We have recently seen places like Seattle push through laws to raise the minimum wage to as much as $15/hour, more than twice the federal minimum of $7.25. Again, the data shows that the 19 states with higher-than-federal minimum wages have higher income inequality overall.

As Moore and Vedder contend, "When politicians get fixated on closing income gaps rather than creating an overall climate conducive to prosperity, middle- and lower-income groups suffer most and income inequality rises." Perhaps keeping taxes low and encouraging business would promote more fairness than these progressive ideologies.