Dream Act Fails in New York; Opposed By 56% of Voters 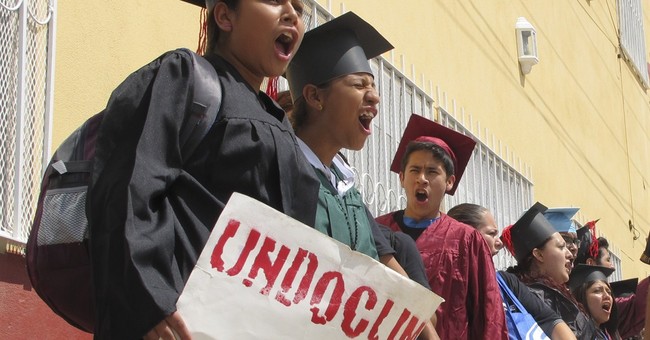 A new poll shows a majority of New York voters oppose tuition assistance for illegal immigrants. The data, collected by the Siena College Research Institute, comes days after a version of the Dream Act, doing just that, failed to pass the New York Senate. The bill provides an estimated $20 million through TAP (Tuition Assistance Program) to undocumented students:

OSC estimates that TAP awards to undocumented students would have cost $20 million if the New York State DREAM Act were in effect in the current year based on the conservative assumptions that all full-time students would apply for TAP and receive the maximum award.

The poll itself shows that, of the 56% that oppose the Dream Act, a majority of moderates, 18 to 34 year olds, and people in an "other" party also oppose the bill.

This revelation should signal to serious lawmakers that the time has come to oppose laws that favor law-breaking over legal, tax-paying citizens. When 76% of legal New York State college students do not have access to tuition assistance, does it make sense to spend more money on "undocumented" students? The tide of discontent among U.S. taxpayers should send a signal to idealistic, left-wing politicians that think the rights of undocumented immigrants should supersede those of the American citizen.