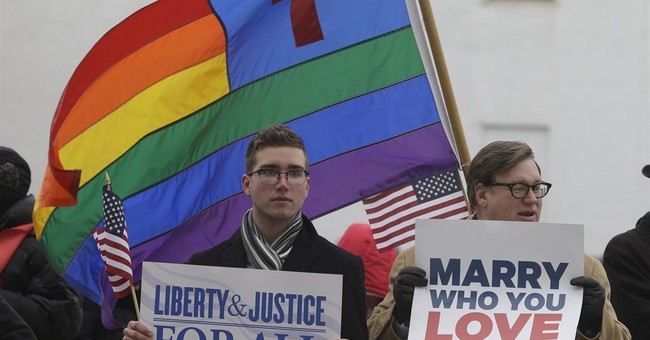 Last week, the Nevada Republican Party had a convention to approve their party platform and endorse a candidate for governor. After much debate, the party conventioneers decided to strip opposition to gay marriage and abortion from the party platform, while they also endorsed Gov. Brian Sandoval for re-election. Sue Lowden was also backed for the seat of lieutenant governor over Mark Hutchison, who was endorsed by Sandoval.

The new party platform was proposed by a separate committee and was then approved by a show of hands by convention-goers. There were 520 delegates in attendance, but less than half of them were present at the time of the vote on the platform.

The party chairman stated it was a successful convention. He said, “I think it was about inclusion, not exclusion…This is where the party is going.” Those members of the committee who proposed this new platform said they decided not to deal with social issues this year because the U.S. Supreme Court and lower courts had already weighed in and it didn’t make sense to have the party of “personal freedom” to have the government get involved in peoples’ personal lives.

The state party platform had previously defined marriage as “between a man and a woman” and described the party as “pro-life,” but that’s no longer in there.

What seemed to be most controversial during the convention was the decision to endorse a candidate before the primary. Many were worried that this would create a rift in the party and unnecessarily pitted some members against one another.

It will be interesting to see how the decision to remove the right to life and the current definition of marriage from the party platform will affect other states. Perhaps others will follow considering the most recent polls, especially concerning marriage. And will this then come up at our next national convention? I guess we will just have to stay tuned.