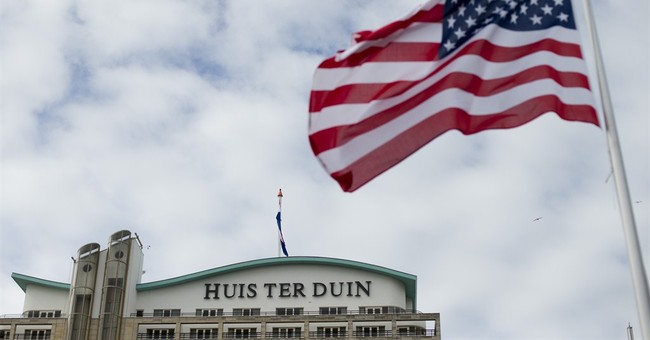 Nearly two years ago the Secret Service came under fire for agents misbehaving in a foreign country. We thought that was handled and would never happen again, but here we are again. Three agents were sent home this week after misbehaving in Amsterdam.

The Secret Service Agency has sent the three agents in question back to the United States after a trip to the Netherlands ahead of President Obama’s visit. The hotel staff informed the U.S. Embassy that they had found one agent unconscious in a hallway.

The spokesman for the Secret Service said, “three employees were sent home for disciplinary reasons” but would not comment on whether or not they would be put on administrative leave. The Washington Post reported that two of the agents were part of the Counter Assault Team and that the other was a supervisor, but according to a source at the Secret Service, none were supervisors.

After the events in Columbia just two years ago, where Secret Service agents were drinking and spending time with prostitutes, it is pretty surprising to hear of another incident on a similar level. Just last year President Obama hired a new head of the agency in an effort to clean up the organization following the last scandal.

We will just have to stay tuned to see what kind of discipline, if any, these agents face. Not only are they responsible for the President’s safety, but they also represent the United States while abroad. Perhaps these are not the types of people we want representing us.