Gay Enforcers to Groveling Hotel Owner Who Met With Cruz: 'Apology Not Accepted!' 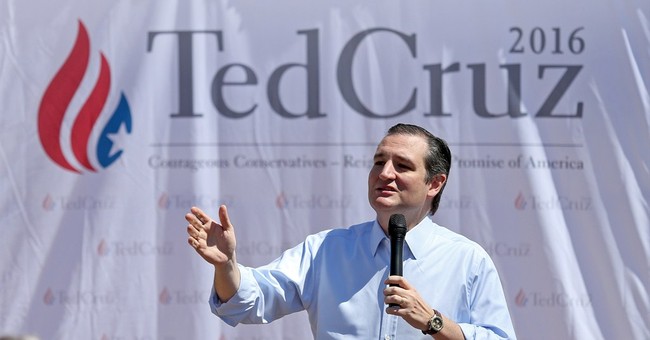 Who's up for a depressing update to the already-depressing story we covered yesterday? To recap, two gay hoteliers in New York are under fire from their own community over the unforgivable transgression of having dined and conversed with Ted Cruz, with whom they have strong differences on gay rights issues.  A boycott against their properties has been launched, with organizers expressing an eagerness to shut 'em down completely, if necessary. In a 'victory' for tolerance, progress, and gays generally, the outrage warriors managed to get an AIDS charity to cancel an upcoming fundraiser as part of this protest. The fact that these gentlemen have been vocal and generous supporters of myriad gay rights causes through the years is irrelevant, as is their heavily-Democratic contribution histories.  They, er, coexisted with Cruz for a few hours, and for that, they must be punished.  After defending himself with appeals to the values of free exchange and pluralism at first, one of the men raised the white flag of surrender over the weekend, prostrating himself before the gay enforcement brigade with an obsequious Facebook apology:

I am shaken to my bones by the e-mails, texts, postings and phone calls of the past few days. I made a terrible mistake. I was ignorant, naive and much too quick in accepting a request to co-host a dinner with Cruz at my home without taking the time to completely understand all of his positions on gay rights. I've spent the past 24 hours reviewing videos of Cruz' statements on gay marriage and I am shocked and angry. I sincerely apologize for hurting the gay community and so many of our friends, family, allies, customers and employees. I will try my best to make up for my poor judgement. Again, I am deeply sorry.


Cruz opposes gay marriage, and believes the issue should be decided to the states -- which was Hillary Clinton's position for awhile (recently, too!), in between staunchly defending traditional marriage as a "fundamental bedrock principle" through the "mists of time," and insisting that the Supreme Court establish such unions as a Constitutional right.  Regardless, this hapless gentleman has now been made to understand that chatting with an influential Senator over dinner about a host of issues was a "terrible mistake" that demands forgiveness for "poor judgment." Courtesy of Dave Weigel (and the truly appalling comments section), offer of tribal recompense, rejected:

On Facebook, Reisner's critics have tossed those words right back at him. "Apology NOT accepted!!" wrote Charles West, a New York theater singer. "You knew EXACTLY what you were doing and with whom you were doing it, Monsieur!" "Anyone who has heard Ted Cruz speak for one minute knows how virulently anti-gay he is!" wrote Ken Benson, a vocal consultant. "It is a source of great pride to him and hatred of gays is in his DNA. Sorry, it is impossible to believe you are THAT naive. I will never understand homophobic gays!!" "It is quite simply impossible to believe that you did not understand Cruz' position on gay rights," wrote Peter Pfeffer, a photographer. "You will have to come up with a better excuse than that. Nobody can be that naive or stupid." "This shows how white cis gendered gay men who have money feel about our movement," wrote Bryan John Ellicott, a supervisor at a center for homeless youth. "Cruz will not help our LGBT homeless youth or our transgender community who are the movement targeted groups in the community. Apology NOT accepted."


Being a cis-gendered and white gay man makes one a less empathetic gay man, evidently, and one whose loyalty to the LGBT "cause" should be viewed with suspicion. Also mentioned in yesterday's post were several examples of leftist orthodoxy coercion that is especially prevalent in academia.  The Onion ridicules mandatory campus groupthink in a piece entitled, "College Encourages Lively Exchange of Idea." This is pitch perfect, sadly:

BOSTON—Saying that such a dialogue was essential to the college’s academic mission, Trescott University president Kevin Abrams confirmed Monday that the school encourages a lively exchange of one idea. “As an institution of higher learning, we recognize that it’s inevitable that certain contentious topics will come up from time to time, and when they do, we want to create an atmosphere where both students and faculty feel comfortable voicing a single homogeneous opinion,” said Abrams, adding that no matter the subject, anyone on campus is always welcome to add their support to the accepted consensus.


I'll leave you with CNN misleadingly reporting that Cruz has responded to the boycott brouhaha by "calling Democrats who support gay marriage 'fascists'" (via Allahpundit):


No, he's calling people who sue mom and pop vendors for declining to participate in gay weddings 'fascists.'  He's calling the mob that actively derails efforts to lend financial assistance to Christians subjected to mind-blowing fines 'fascists.' He's calling the aforementioned apology NOT accepted! crowd 'fascists.' Whether one thinks that term is appropriate or goes too far (part of the dictionary definition of fascism is "forcibly suppressing opposition and criticism"), Cruz is obviously not applying that F-word to Democrats for simply supporting gay marriage.  He's using it to describe those zealots whose "tolerance" compels them to eradicate dissent and ruin lives.  I humbly submit that Cruz and his critics alike should read End of Discussion, which deals with this cycle of silence and intimidation.