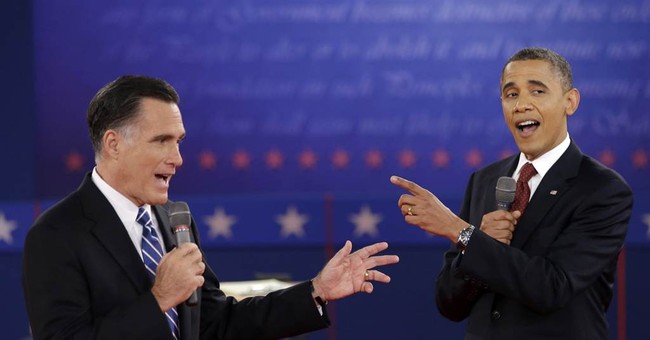 A new CNN poll reveals that if a do-over of the 2012 presidential election were held today, Republican Mitt Romney would handily defeat President Obama. Hindsight is 20/20, of course, and the survey is meaningless on a practical level. The old cliche is spot on: The only poll that counts is on election day. Nevertheless, the findings reinforce a trend of deteriorating public confidence in the man Americans re-elected less than two years ago. Romney, who fell to Obama by three percentage points nearly two years ago, has now opened up a nine-point lead in a hypothetical head-to-head contest. What explains the double-digit swing? Major shifts among women, young voters and independents. According to CNN's respected 2012 exit polls, Obama won female voters by 11 points, carried young voters by 23 points, and lost independents by five points. Today? 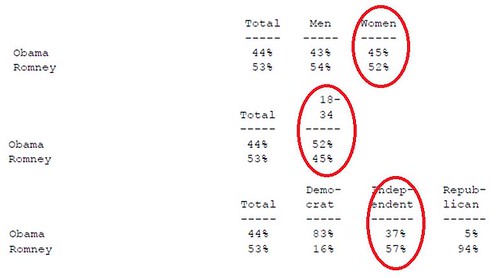 Anti-Obama shifts of 18 points, 16 points, and 15 points, respectively. I suspect this poll comes as cold comfort to Romney, who might be thinking, "I literally told you so, America." On the stump, Romney frequently suggested that a more accurate variation of Obama's "Forward" slogan would be "Forewarned." Voters appear to be belatedly realizing that the Republican nominee was right about Obama, as well as a number of his policies. Before conservatives get cocky over Obama's dramatic fall from grace, though, they should note that the same poll shows Hillary Clinton leading Romney by double-digits in a 2016 match-up. Romney has stated repeatedly and unequivocally that he will not seek the presidency for a third time, though rumors continue to swirl. In the ridiculously early GOP nomination sweepstakes, the survey finds a logjam near the top, with Gov. Chris Christie, Sen. Rand Paul, Gov. Mike Huckabee, Gov. Rick Perry and Rep. Paul Ryan tightly packed within the 11 to 13 percent support range. Gov. Jeb Bush and Sen. Ted Cruz are next with eight percent apiece, followed by Sen. Marco Rubio at six percent, and Gov. Scott Walker at five percent. In far more relevant polling news, a massive nationwide survey conducted by the New York Times, CBS News and YouGov points to a continued GOP advantage -- but not a wave-level advantage -- heading into the November midterm elections.


The Republicans appear to hold a slight advantage in the fight for the Senate and remain in a dominant position in the House. They need to pick up six seats to gain Senate control, and they hold a clear advantage in races in three states: South Dakota, Montana and West Virginia. The data from YouGov, an opinion-research firm that enjoyed success in 2012, finds the G.O.P. with a nominal lead in five additional states. The five states where the Republicans hold a slight lead in the YouGov panel include three Southern ones — Arkansas, Louisiana and North Carolina — where Democratic incumbents face tough re-election contests and where Mitt Romney won in 2012. Republicans also have a slight edge in Iowa and Michigan, two open seats in states that usually vote for Democrats in presidential elections.


If these results were to hold, Republicans would net eight Senate seats, two more than they need to secure the majority. For a more detailed look at the Senate battle, click through to my lengthy analysis from last week. But such a huge poll that uses a still-emerging online methodology should be taken with a grain of salt. For example, compared to other polling, these projections look a bit sunny for Republicans in North Carolina, and very optimistic in Michigan. On the other hand, they may underestimate the GOP's chances in places like Alaska and Colorado. This "mega poll" appears to be right on target in measuring Republicans' three likeliest Senate gains (Montana, South Dakota and West Virginia), and predicts the party will retain its contested seats in Kentucky and Georgia (the latter race just took an embarrassing and possibly catastrophic turn for the Democrats). It also finds that the GOP is "overwhelmingly likely" to keep its House majority, and could well expand it. I'll leave you with this nugget out of Texas:

Oh yeah, I almost forgot: Wendy Davis is down 17.