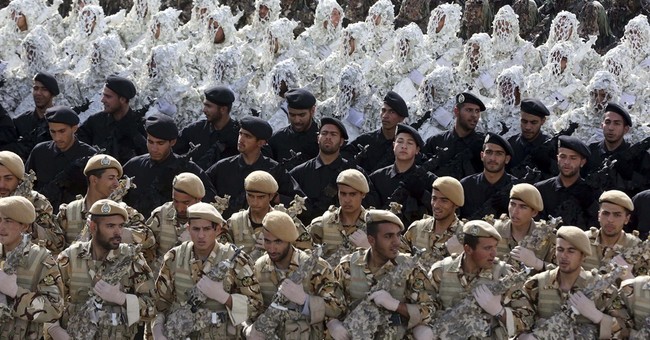 
A U.N. expert panel has concluded that a shipment of rockets and other weapons that was seized by Israel came from Iran and represents a violation of the U.N. arms embargo on Tehran, according to a confidential report obtained by Reuters on Friday. The finding comes just days ahead of the next round of negotiations in Vienna between Iran and six world powers aimed at securing a deal that would gradually lift international sanctions on Tehran -- including the arms embargo -- in exchange for curbs on the controversial Iranian nuclear program."The Panel finds that the manner of concealment in this case is consistent with several other cases reported to the (Security Council's Iran Sanctions) Committee and investigated by the Panel," the experts said..."The Panel concludes that the shipment of arms and related materiel found aboard the Klos C is a violation of Iran's obligations under paragraph 5 of resolution 1747," they added, referring to the U.N. arms embargo on Tehran. Despite Iranian denials, the experts said official seals from Iranian customs authorities on containers that held some of the arms "substantiates the Iranian origin of those containers." Further evidence on the Iranian origin came from the Iranian bill of lading, cargo manifest and the container stowage plan.


The weapons, and how they're hidden:

The report includes details on the arms, which were concealed in a shipment of cement: 40 M302 rockets and fuses, including four different variations of the rockets; 181 120 mm mortar shells; roughly 400,000 pieces of 7.62 caliber ammunition. The experts said the concealment techniques were similar to other cases of alleged sanctions violations by Iran they have investigated -- in Nigeria, arms were shipped amid crates of marble; in other cases reported by Israel arms were hidden in containers with polyethylene pellets, lentils and cotton. In another case of reported by Italy, Iran allegedly shipped dried explosives among bags of powdered milk, the report said.


As the Reuters article spells out in its lede, this discovery comes mere days prior to the resumption of quixotic nuclear talks between Iran and a handful of Western powers plus Russia, led by the US. The Obama administration already loosened sanctions on Tehran in exchange for the regime agreeing to press a (completely and quickly reversible) "pause" button on their nuclear program. Iran's top officials have defiantly insisted they haven't agreed "to dismantle anything." Leave it to the Israelis to make the painfully obvious point, followed by a predictable rebuke from our friends in Moscow (who've remained busy in Ukraine, even as the world's attention has drifted):

At the time that the arms were seized, Israel said the case showed Iran was not negotiating in good faith with the six powers - the United States, Britain, France, Germany, Russia and China. "At the same time that it is talking to world powers, at the same time that Iran is smiling and saying all kinds of honeyed words, that same Iran is sending lethal weaponry to terrorist organizations and it is doing so in a complex web of covert, worldwide operations," Prime Minister Benjamin Netanyahu said. The circulation of the Panel of Experts' report to the Iran Sanctions Committee just ahead of a deadline for Iran and the six powers to reach an agreement in the Vienna nuclear talks clearly irritated Russia. Earlier this week Russia's U.N. ambassador, Vitaly Churkin, complained that "any information not backed up by concrete facts ... could have a negative impact on the conduct of negotiations of the group of six and Iran."


The regime is actively violating international law in the middle of negotiations over a new international agreement. They cheat. They lie. They're not trustworthy peace partners, and as the world's top exporter and sponsor of terrorism, they practically represent the textbook definition of bad-faith actors. Will the Obama administration continue to play along with this charade -- working towards a "deal" with an illegitimate government that has no intention of keeping its word? Will the White House maintain its orders that Harry Reid obstruct a bipartisan vote on a sanctions bill in the Senate? Remember, the proposed legislation would only trigger tougher sanctions on Iran if they walk away from the bargaining table, or are caught cheating on the terms of the deal. Tehran's negotiators have denounced those terms as a nonstarter. And why might that be?