Friendly Reminder: Polls Show There Is No GOP Frontrunner 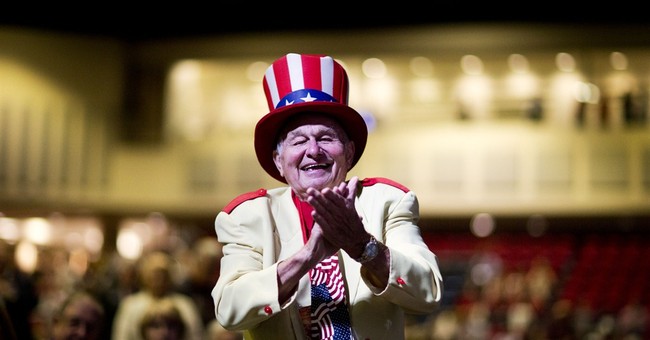 What to make of the three 2016 Republican polls released this week?

To recap, the recently-published CNN/ORC survey showed Marco Rubio edging all of his Republican rivals, declared and otherwise. But that offering now appears to be an outlier. For starters, the ABC News/Washington Post poll put Scott Walker in the lead at 11 percent (Rubio trailed him by one percentage point) while the latest Fox News poll, published today, shows Walker and Bush on top at 12 percent apiece.

Strangely, Rubio only garnered seven percent of the vote in that survey, putting him statistically behind five other candidates: Jeb Bush, Scott Walker, Ben Carson, Rand Paul, and Ted Cruz.

So perhaps we can definitively say that, right now, there is no frontrunner—as to be expected. But there are certainly tiers. For instance, Walker and Bush are the only two candidates in the entire race receiving double-digit support in every national survey released this week. Rubio, for his part, eclipsed 10 percent of the vote in just two of them—and Huckabee, Paul, and Carson came away with double-digit support only once. All the other candidates, it seems, are struggling to catch fire and fight their way into the top tier.

It’s also interesting that many GOP primarygoers don’t yet know enough about the candidates to make a final decision about whom they will ultimately support. For example, the Fox News poll finds that 47 percent and 23 percent of respondents, respectively, “want more info” about Scott Walker and Jeb Bush—who are ostensibly the two leading contenders for the nomination at this point. The same holds true across the board.

The fact is that a plurality of voters (in some cases, nearly a majority of voters) simply needs additional information about each candidate to make an informed decision. This will come with time. But what’s alarming for some hopefuls like Jeb Bush—and Mike Huckabee, for that matter—is that nearly one-quarter of likely Republican voters say they “would never” pull the lever for them.

Candidates, therefore, who stand the greatest chance of winning the nomination are perhaps those who haven’t already been written off, and are deemed acceptable contenders in a general election. Let the games begin.