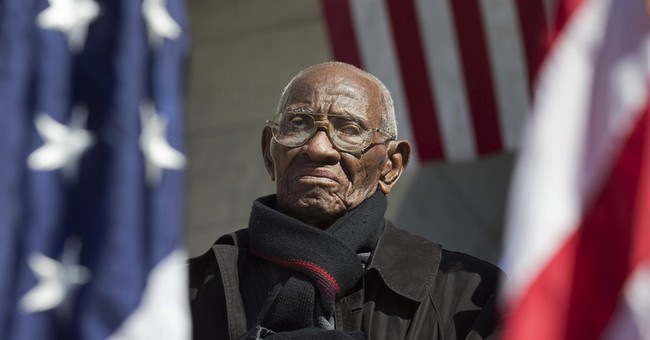 Last time we checked in with Richard Arvine Overton on his birthday he was sipping whiskey and smoking cigars—and that was two years ago. Incredibly, the centenarian still inhales the latter, but stopped imbibing the former some time ago, he recently told Fox News.

And yet, despite his penchant for tobacco and former fondness for spirits, the Texas native and World War II veteran is celebrating yet another birthday today:

Richard Overton feels a "little stiff" from time to time and he's cut out the whiskey but other than that, he feels pretty good.

Not bad for America's oldest living military veteran, who turned 109 on Monday. …

Overton served from 1942-45, with stops in Hawaii, Guam, Palau and Iwo Jima while attaining the rank of sergeant. He saw many of his Army buddies die serving their country, and the rest have passed away since the war ended. He said he misses the soldiers who served with him in the all-black 1887th Engineer Aviation Battalion, and would love to reminisce with them.

“I’m the only one that can tell the tale now," he said. "All the other boys are gone.”