Lynch: The DOJ Will Look Into Police Practices in Baltimore 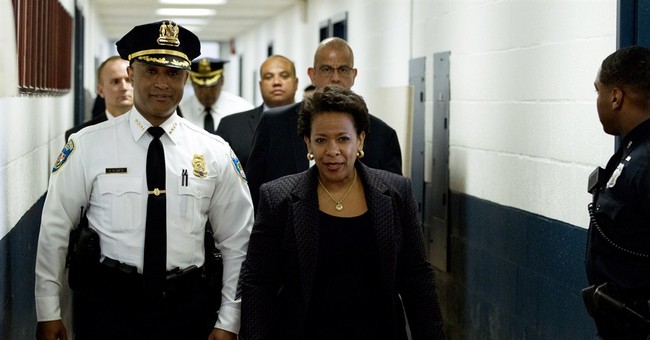 The death of Freddie Gray and the burning of Baltimore has elicited another national conversation about policing practices in America. To that end, newly sworn-in Attorney General Loretta Lynch announced on Friday that the Department of Justice will begin immediately investigating the Baltimore Police Department, and the way they fight crime and handle arrests.

“I’ve spent the last few days with my team considering which of the Justice Department’s tools for police reform best meets the current needs of the Baltimore Police Department, and the broader Baltimore community,” she told reporters in a statement. “Today, the Department of Justice is opening an investigation into whether the Baltimore Police Department has engaged in a pattern—or practice—of violations of the Constitution or federal law. This investigation will begin immediately, and will focus on allegations that Baltimore police department officers use excessive force—including deadly force—conduct unlawful searches, seizures, and arrests, and engage in discriminatory policing.”

“Rather than examining whether the police department violated good policies, we will now examine whether they violated the Constitution and the community’s civil rights,” she added. “This approach has been welcomed by the Baltimore City Fraternal Order of Police, and I want to thank them for their support and their partnership as we move forward.”

At the conclusion of the investigation, which Ms. Lynch emphasized has taken place in many other American cities already, the Department of Justice will publish a summary of their findings.

“If unconstitutional policies or practices are found, we will seek a court-enforceable agreement to address those issues,” she added. “Our goal is to work with the community, public officials, and law enforcement alike to make a better, stronger Baltimore.”