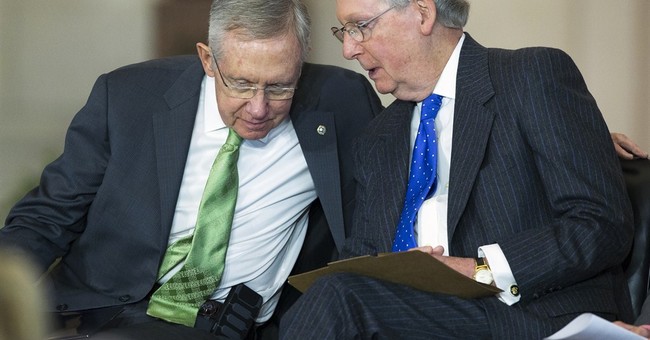 Democrats finally relented and so the inevitable became, well, inevitable. An anti-sex trafficking bill, which has been frustratingly tabled for weeks in the upper chamber, has finally passed the Senate:

The Senate on Wednesday overwhelmingly approved a stalled bill to fight human trafficking, freeing it to consider the nomination of Loretta E. Lynch to be the next attorney general.

The trafficking vote moved the chamber past legislation that has been delayed for about six weeks, since Democrats withdrew their support for the bipartisan bill over an anti-abortion provision. Senators finally reached a compromise on that provision on Tuesday.

For what it’s worth, Ms. Lynch reportedly has enough votes to be confirmed. Stay tuned for updates.

UPDATE: There were no dissenting votes:

Senate unanimously passes anti-human trafficking bill with a vote of 99 to 0, clearing path to vote on Loretta Lynch's nomination to be AG