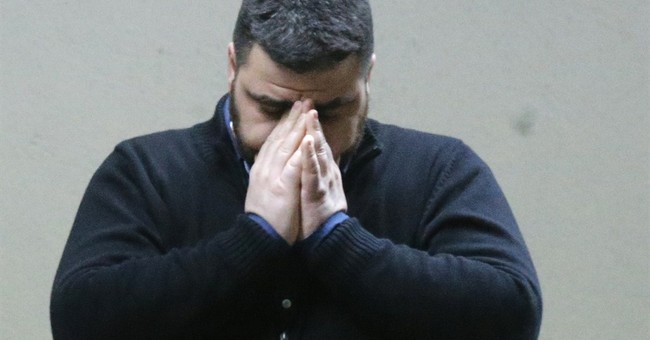 A Germanwings airliner carrying 150 souls on board, on its way from Barcelona to Dusseldorf, went down in Southern France earlier today:

The wreckage of the aircraft, an Airbus A320 operated by Germanwings, a budget subsidiary of Lufthansa, was located by a French military helicopter near the town of Prads-Haute-Bléone, according to Eric Héraud, a spokesman in Paris for the aviation authority, the Direction Générale de l’Aviation Civile.

The identities of those feared dead are not yet known at this time -- although officials estimate 67 German passengers were on board. However, it is unlikely that any of them -- or anyone else, for that matter -- survived the crash:

French President Francois Hollande said: "The conditions of the accident, which have not yet been clarified, lead us to think there are no survivors."

Mr Hollande said the crash was a tragedy, adding that the area was very difficult to access.

But a big question remains: Why did the plane go down? The short answer is we just don't know -- and probably won't for quite some time:

Unofficial website tracking data suggested the aircraft made a sharp descent from its cruising height of 35,000 feet but that it did not appear to have plummeted as quickly as aircraft known to have lost complete control.

However, safety experts warned against reading too much into the third-party data, especially over remote areas, and said black boxes holding the probable answers to the crash were expected to be retrieved quickly.

What we do know: First, unlike Malaysian Airlines Flight 370, the black box should be relatively easy to find. This should hopefully shed light on what, exactly, caused the crash if and when investigators find it. Second, we also learned from the press conference carried live on Fox News that the airline hit its cruising altitude of 38,000 feet for one minute before slowly descending -- over an eight-minute period -- until it crashed over the French Alps at about 6,000 feet. The debris from the wreckage is reportedly scattered everywhere. Finally, the captain on board reportedly had more than ten years of flight experience, and as I write this there are "conflicting reports" that a distress signal was indeed issued before the plane went down.

We’ll continue to update this story as we learn more.

UPDATE: Fox News reports there were as many as 16 schoolchildren and two babies on board.

UPDATE: There were 67 Germans and 45 Spaniards on board.