CIA Director Pushes Back: We Were 'Looked to For Answers' 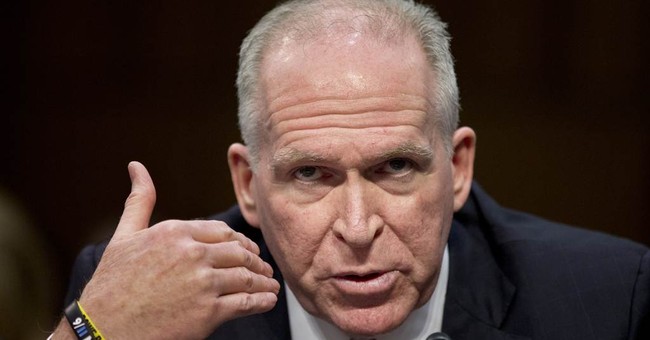 He began by providing some context for why enhanced interrogation techniques (EITs) were adopted -- and ultimately approved -- in the first place.

“In the short span of 77 minutes four terrorist attacks would forever change the history our country,” he said, referring to the tragic events of 9/11/2001. “It would rob us of nearly 3,000 lives. It would ultimately cost us trillions of dollars. And it would plunge us into a seemingly never-ending war against a globally dispersed collection of terrorists with a murderous agenda.”

“The events of 9/11 will forever be seared into the memories of all Americans who bore witness to the single greatest tragedy to befall our homeland in recent history,” he continued. “Not only were our consciences shocked, and our hearts and souls ripped open, so too our collective sense of national security was shattered -- much like the steel, concrete, flesh, bone, and lives during those fateful 77 minutes.”

Where, he suggested, did the nation turn? In part, he said, to the intelligence community.

“CIA was looked to for answers,” he intoned. “Indeed, there were numerous, credible and very worrisome reports about a second and third wave of major attacks against the United States. And while we grieved….we feared more blows from an enemy we couldn’t see and an evil we couldn’t fathom. This is the backdrop against which the agency was directed by President Bush to carry out a program to detain terrorist suspects around the world.”

Nevertheless, he bluntly admitted that the CIA was “not prepared” to implement such a specialized program.

“We had little experiences housing detainees and precious few of our officers were trained interrogators,” he admitted. “But the president authorized the effort six days after 9/11 and it was our job to carry it out.”

He subsequently added that the Department of Justice and the Bush administration approved such techniques. It was only later, he emphasized, after President Obama took office, that the new commander-in-chief “unequivocally banned their use.”

Most significantly, however, he addressed the Senate Select Committee on Intelligence’s (SSCI) controversial and one-sided findings.

He began by reiterating the “unusual” way in which it was published.

“Unfortunately, the committee could not agree on a bipartisan way forward and no CIA personnel were interviewed by the committee during the course of the investigation,” he said, confirming numerous reports that CIA agents were never consulted before the report was even written. “This was unusual.”

“Even on politically sensitive matters such as the SSCI’s investigation into the intelligence failures regarding Weapons of Mass Destruction in Iraq,” he continued, “the committee succeeded in producing a report that was supported unanimously.”

Obviously, that didn’t happen in this instance. Nonetheless, he said, the report itself didn’t preclude him from accepting some of its findings.

“In a limited number of cases, agency officers [used] interrogation techniques that had not been authorized, were abhorrent, and rightly should be repudiated by all,” he declared. “And we fell short when it came to holding some officers accountable for their mistakes.”

The most significant admission, however, was when he addressed the charge that ETIs did not directly and single-handily lead to “useful intelligence.”

“I have already stated that our reviews indicate that the detention and interrogation program produced useful intelligence that helped the United States thwart attack plans, capture terrorists, and save lives,” he said. “But let me clear: we have not concluded that it was the EITs within that program that allowed us to obtain useful information from detains subjected to them. The cause and effect relationship between the use of EITs and useful information subsequently provided by the detain is in my view unknowable.”

He also stated that “the record simply does not support the study’s inference that the agency repeatedly, systematically, and intentionally misled others on the effectiveness of the program.”