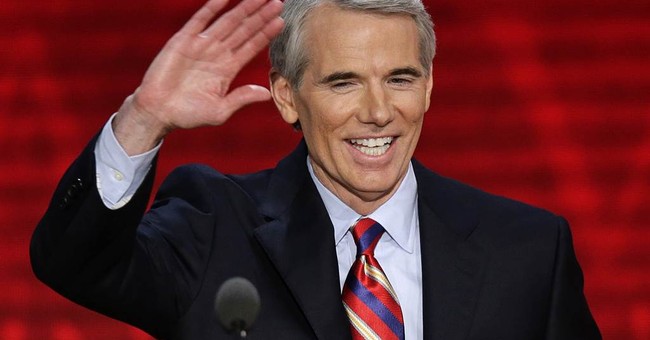 We’ve barely had time to digest our turkey, let alone think about a presidential election some two years away. And yet, two presumptive presidential contenders have already stated publicly since Thanksgiving that they’re passing the torch to someone else.

Ohio Republican Sen. Rob Portman won't run for President in 2016, he announced late Monday night in a statement. Portman said he is instead planning for his 2016 reelection to the Senate, where he thinks he can "play the most constructive role."

"I don't think I can run for president and be an effective senator at the same time," Portman said. "While I appreciate the encouragement I have received from many to run for president, my focus will remain on Ohio and running for re-election to the Senate in 2016." Portman has been viewed as a potential contender for president in 2016 ever since he was vetted, but ultimately not picked, to be Mitt Romney's running made in 2012.

What to do? Enter a crowded field of ambitious young Republicans, or hedge one’s bets by focusing instead on running for re-election? Evidently door number two sounded much more appealing to Sen. Portman. Portman, meanwhile, would also be the “first pro-gay marriage Republican” to enter the fray, according to CNN, thereby making the outcome in conservative, early voting states like Iowa and South Carolina all but foreordained.

Nevertheless, he hasn’t definitively slammed the door shut on answering the call. The Columbus Dispatch explains what I mean:

“I’m not seeking that, and, as you know, that’s not something you can seek anyway,” Portman said. “I’m not interested. I’m not putting myself out there. I’m interested in running for re-election and continuing to serve Ohio in what will be a more productive Senate.”

This does not sound like a guy superlatively interested in greener and more prestigious pastures than the US Senate. I suspect, as he did in 2012, Portman will play more of a supportive, behind-the-scenes role in the 2016 campaign.