Inside the Politics of Keystone 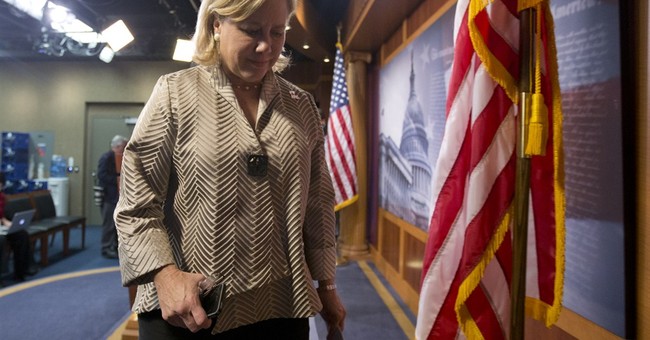 By now, you’re well aware that legislation to pass the Keystone XL Pipeline failed by one vote in the upper chamber earlier this week. Sixty votes were needed. Despite unanimous Republican (and some Democratic) support, however, the threshold was never crossed. The bill died on the spot.

According to The Hill, Sen. Mary Landrieu (D-LA) knew well ahead of time (despite her assurances to the contrary) that not enough Senate Democrats were on board to vote for the measure—a bill she both introduced and co-sponsored. But for reasons I'll explain below, she took the risk anyway:

Sen. Mary Landrieu (D-La.) told reporters on Monday night that she had the 60 votes she needed to approve the Keystone XL pipeline.

But secretly, she knew she was one short.

At the eleventh hour, however, despite her entreaties, her Democratic friends essentially told her ‘we feel for you, Mary—we really do—but you’re on your own’:

In the end, Landrieu’s “hail Mary” fell short and not a single one of the eight Democratic senators on her list came through.

“There were eight potential Democratic yeses. You’d think she could’ve gotten one of them,” said a Democratic senator who worked with Landrieu to advance the Keystone authorization.

The whole point of bringing Keystone up for a vote was to remind her constituents what 18 years on Capitol Hill had wrought—namely, influence and power. After the bill died, however, this sunny narrative was publicly put to bed. By going all-in, she was laying everything (read: her political career) on the line. Hence why some in her own party were even questioning what she was doing at the time:

A rumor circulated among Democratic senators that Senate Majority Leader Harry Reid (D-Nev.) advised Landrieu that it wouldn’t be wise to bring Keystone to the floor for a high-profile vote if she wasn’t sure she could get 60. Many lawmakers were incredulous that she would take such a big risk only weeks away from her run-off.

“I don’t know what Mary was thinking,” one lawmaker said, requesting anonymity to discuss private discussions in the caucus.

I do. Desperate times call for desperate measures. It’s no secret that once center-right voters coalesced around the only Republican left in the run-off, her chances of winning that race would evaporate. She needed (ahem) a “Hail Mary” of sorts to give her foundering campaign some momentum. This was it. If she didn’t try something game-changing, she was sunk anyway.

So why not take the gamble?

Alas, the polls now indicate that Sen. Landrieu will lose on Dec. 6th—and lose badly. But if it’s any consolation, I don’t think the Keystone ploy could have meaningfully moved the needle.

The Red Tsunami, it seems, was probably too powerful to overcome.