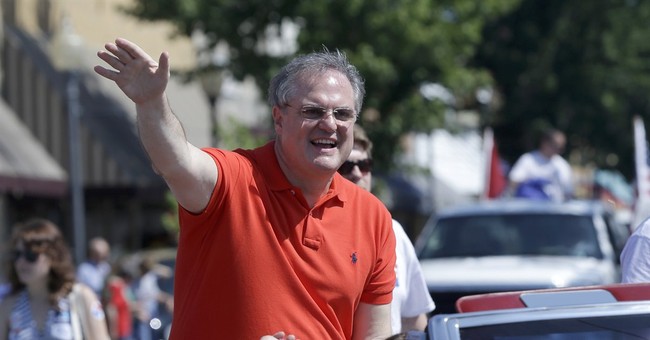 This is starting to become a familiar trend, isn’t it?

Meet the Press host Chuck Todd has been pushing and pushing Mark Pryor and Tom Cotton to debate each other one-on-one in Arkansas. He even pledged to make the trip down to the Natural State himself to serve as moderator. Cotton, for his part, has accepted. His opponent ... has not.

“Everything else is happening in this race. Plenty of TV ads, plenty of attacks going on back and forth…let’s see them sit down and have a debate,” Todd said in an interview with KARK 4 News last week. “I think you owe it to the viewers.”

It’s worth repeating and reiterating that the Pryor campaign has already accepted two debate invitations (one of which Cotton has so far declined). So it’s inaccurate to portray Mark Pryor as a debate dodger in the same sense Mark Udall is. Nonetheless, like Sen. Jeanne Shaheen in New Hampshire, he's not exactly sanguine about the prospects of adding more one-on-one debates to his calendar.

As Todd notes, this is a disservice to Arkansans who are unfairly bombarded with misleading attack ads that distort and slander candidates’ positions. One would think, therefore, that both candidates would relish the opportunity to debate one another in public as often as they could. Apparently not.

I'll leave you with two recent attack ads: One hits Pryor for voting for Obamacare; the other hits Cotton for not protecting women, or something:
Ballots in Pennsylvania Were Found in the Trash. They Were All Votes for Trump.
Katie Pavlich