Team Pryor: Tom Cotton is Pro-Ebola, or Something 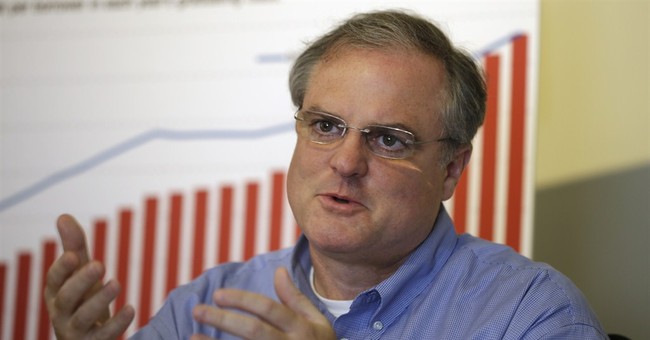 As they say, desperate times call for desperate measures.

And since Sen. Mark Pryor (D-AR) is trailing his Republican opponent in every single poll conducted this past summer, time is of the essence. You’ll recall that Pryor was roundly criticized earlier this election season when he suggested Rep. Tom Cotton (R-AR), his opponent, was suffering from a “sense of entitlement” because of his military laurels. But his most recent ad is arguably worse. In it, he suggests that Tom Cotton’s entire congressional declaration dutifully and effectively declared war on the virulent Ebola virus -- everyone, that is, except him:

"Senator Pryor's desperation is comical," David Ray said in a statement. "In Senator Pryor's world, he doesn't have to take responsibility for rubber-stamping the Obama agenda over 90% of the time, but wants Arkansans to believe Tom Cotton is responsible for everything from Ebola to crabgrass and male-pattern baldness."

What’s more, this recent dust-up comes mere days after Team Pryor released an ad singing the praises of Obamacare. For obvious reasons, most Senate Democrats have carefully tiptoed around this issue. Pryor, however, is doing the opposite:

Apparently, Team Pryor believes alarmist and pro-Obamacare ads are exactly what Arkansans want to hear for the next two and half months. Hmm.

That, my friends, is news to me.