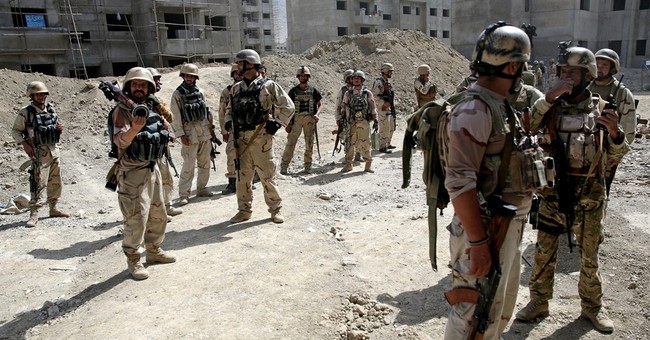 The details remain murky, but the New York Times is reporting that a two-star US Army general was killed in action today in Afghanistan. Awful:

A United States Army major general was killed on Tuesday by an Afghan soldier, shot at close range at a military training academy on the outskirts of Kabul, officials of the American-led coalition said Tuesday. The officer was the highest-ranking member of the American military to die in hostilities in the Afghanistan war.

The coalition officials, who spoke on condition of anonymity and would not release the name of the major general, said an unspecified number of other service members of the American-led coalition and Afghan soldiers, including a senior Afghan commander, also were shot. Their conditions were not immediately known.

Other details of the shooting were sketchy, and the coalition, in an official statement, would only confirm that one of its service members had been killed in what it described as “an incident” at the Marshall Fahim National Defense University in Kabul. The coalition declined to specify any further details, saying it was still working to notify the family of the deceased.

Tensions at the military academy ran high in the immediate aftermath of the shooting, which took place around noon, and foreign troops appeared to be on edge, fearful of another attack.

Per the Times, the attack appears to be an “inside" job; that is, perpetrated by a disgruntled Afghan soldier who turned on journalists and coalition forces alike from a "roof-mounted gun" outside a military facility near Kabul. According to witnesses, several “foreign officers” were reportedly wounded and were later evacuated by helicopter. As of this writing, though, there has only been one confirmed fatality.

The Times also reports that these types of attacks posed “serious” problems in Afghanistan for many years; but since 2012, these kinds of friendly-fire attempted massacres have “dropped sharply”:

Tuesday’s shooting was the first so-called insider attack in Afghanistan in months. Such attacks, in which Afghan troops open fire on unsuspecting coalition forces, at one point posed a serious challenge to the war effort, sowing distrust and threatening to upend the American-led training mission that is vital to the long-term strategy for keeping the Taliban at bay.

Though the number of attacks has dropped sharply since 2012, when dozens occurred, they remain a persistent threat for coalition troops serving alongside Afghan forces.

The Taliban did not release a statement confirming their involvement, according to the Times, leading coalition forces to a preliminary conclusion that the bloodshed was almost certainly orchestrated by a rogue soldier who had perhaps “grown alienated and angry over the continued presence of foreign troops” in his country. Either way, this shooting is a painful and startling reminder that the war in Afghanistan is hardly over, and that American service members are still risking their lives there every day in pursuit of peace and democracy.

Let us therefore pray for the victims, and their families, who were affected by today’s tragic events.