Reporter Asks WH: Why Didn't Obama Pass Immigration Reform When He Had the Votes? 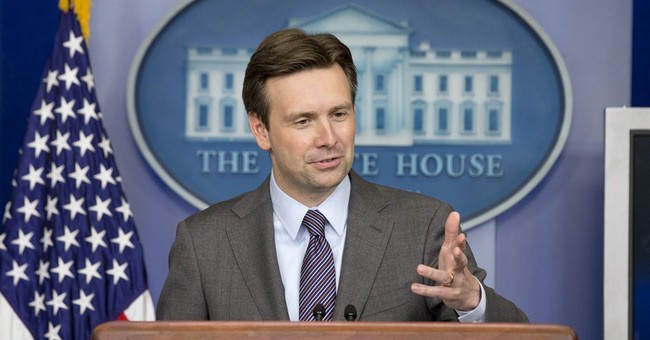 An honest and fair question, is it not? After Democrats maintained (and indeed expanded) their majorities in the upper and lower chambers in 2008, the newly elected president had, within his grasp, the votes to pass comprehensive immigration reform. For obvious reasons, however, he chose not to. Of course, it didn’t matter that he pledged to make immigration reform a top legislative priority during his first year in office. He decided, instead, to guide the passage of what is now mistakenly referred to as the "Affordable" Care Act – the president’s health care overhaul that was hugely controversial at the time, and, to this day, has never really enjoyed widespread backing from the American public.

Nevertheless, that was his choice. Today, however, Fox News’ Ed Henry pressed White House Press Secretary Josh Earnest on this point; namely, if the president had the political capital to reform our broken immigration system for two full years, why didn’t he?

This is a curious answer. Despite the multitude of “crises” the president may have faced in 2009-2010, it’s fair to say that those crises have only multiplied -- or become more intractable. Why, then, does he have time now to pursue comprehensive immigration reform, but didn’t four years ago? In other words, it's difficult to believe, I think, that the president couldn’t have tackled immigration issues when he first took office (when it was politically viable to do so) because of “a lot of other crises.” Those crises, I'm afraid, still exist today – and aren't going away anytime soon, either.