Poll: Majority of Americans Support Israel's Right to Defend Itself 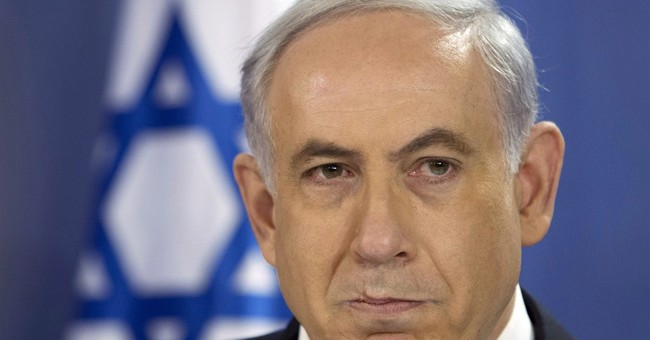 It’s been almost a week since Israel launched its ground offensive into Gaza. Since that time, scores of IDF soldiers have been killed (including at least two American “lone soldiers”) and the civilian death toll (since the fighting first broke out) has now eclipsed 600. For his part, Israeli Prime Minister Benjamin Netanyahu has strenuously argued that despite the high costs of war, the world’s only Jewish state, surrounded by hostile and malignant actors, has a right to defend itself. This is a sentiment both President Obama and Secretary Kerry have publicly affirmed.

But the politics of the situation became somewhat inflamed over the weekend when Secretary Kerry was caught on an open mic. Speaking to an aide before an appearance on Fox News Sunday, he said Israel’s excursion into Gaza was “a hell of a pinpoint operation.” This has raised suspicions, especially on the Right, that the administration isn’t fully backing Israel. The State Department vehemently denies this allegation.

Nevertheless, it’s abundantly clear that the American public stands firmly behind our Middle Eastern ally. Fifty-seven percent of respondents said they believe Israel’s actions are warranted, according to a freshly-released CNN poll:

Monday Palestinians officials reported more killed, bringing the death toll to around 550. It's unknown how many were militants, but the United Nations has estimated that 70% are civilians. Israel announced Monday that seven more of its soldiers were killed, bringing to 25 the number of Israeli soldiers who have died. Two Israeli civilians have also been killed.

According to the poll, 57% of the public said the Israeli actions against Hamas, the Palestinian organization that runs Gaza, are justified, with just over a third saying they are unjustified.

Forty-three percent of those questioned said Israel's using about the right amount of force, with 12% saying they're not using enough. Nearly four in 10 said Israel is using too much force in Gaza.

"Attitudes toward Israeli military action have been extremely stable over the years," said CNN Polling Director Keating Holland. "In 2012, an identical 57% thought that Israel's actions against Hamas in Gaza were justified. And in 2009, the number of Americans who felt that way was only a few points higher, at 63%."

Forty-five percent of Democrats questioned said that Israeli's military actions in Gaza are justified. That number jumps to 56% among independents and 73% among Republicans.

For what it's worth, the poll was conducted last weekend, and more than 1,000 U.S. adults participated.

UPDATE: Read Guy's post over at Hot Air about the appalling rise of anti-Semitism...in the United States.