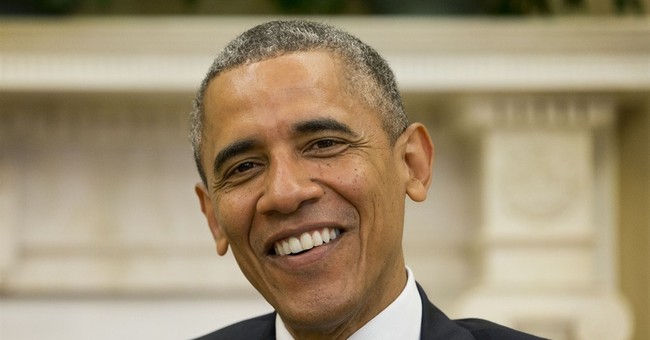 At a time when federal agencies and state governments are being stretched much too thin (or so they claim), the US government reportedly sent oodles of taxpayer dollars to the wrong people last year, according to the Associated Press:

By its own estimate, the government made about $100 billion in payments last year to people who may not have been entitled to receive them — tax credits to families that didn't qualify, unemployment benefits to people who had jobs and medical payments for treatments that might not have been necessary.

Congressional investigators say the figure could be even higher.

That’s an absurd amount of money. But perhaps we should rejoice. After all, the amount of money the federal government gave away last year to those who didn’t deserve it pales in comparison to the amount they misallocated in 2010:

The amount of improper payments has steadily dropped since 2010, when it peaked at $121 billion.

The Obama administration has stepped up efforts to measure improper payments, identify the cause and develop plans to reduce them, said Beth Cobert, deputy director of the White House budget office. Agencies recovered more than $22 billion in overpayments last year.

"We have strengthened accountability and transparency, saving the American people money while improving the fiscal responsibility of federal programs," Cobert said in a statement ahead of Wednesday's hearing. "We are pleased with this progress, but know that we have more work to do in this area."

My hunch is that most Americans wouldn’t be “pleased” with this kind of “progress.” Nevertheless, some federal agencies are rather good about keeping their records straight, and limiting unwarranted claims. Others, not so much:

Bear in mind, too, that these estimates are almost certainly on the low side:

…a new report by the Government Accountability Office questions the accuracy of agency estimates, suggesting that the real tally could be higher. The GAO is the investigative arm of Congress.

"The federal government is unable to determine the full extent to which improper payments occur and reasonably assure that appropriate actions are taken to reduce them," Beryl H. Davis, director of financial management at the GAO, said in prepared testimony for Wednesday's hearing.