Hillary: Bill and I Left the White House "Dead Broke and in Debt" 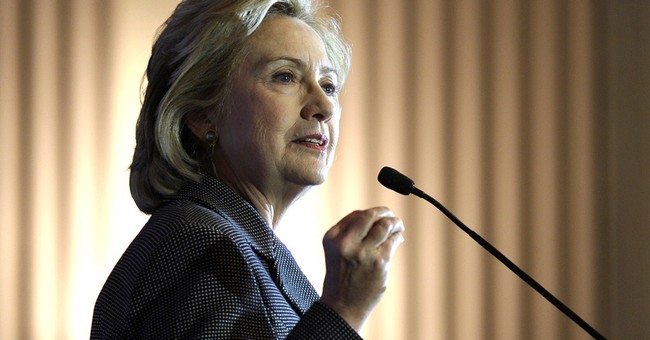 Historically, government service was hardly a lucrative enterprise. For example, both John Adams and Thomas Jefferson famously worried about how they would provide and care for their families as public men. Pay was meager during those early years, and many Founding Fathers suffered huge financial losses serving in government when they could have been making comfortable livings instead as private citizens.

But those early days of frugality and want are seemingly over -- especially for ex-presidents and ex-politicians. The authorization of the Former Presidents Act in 1958, for example, would eventually give former chief executives six-figure stipends, Secret Service protection for life, and other generous benefits. What's more, former members of Congress have also gone on to build successful and lucrative careers on K Street and elsewhere upon leaving office. And of course, there’s also another means of acquiring wealth, one I assume every politician is at least vaguely familiar with: public speaking fees.

For what it’s worth, Former Secretary of State Hillary Clinton has made a reported $5 million delivering speeches since leaving her last government post. So when ABC News’ Diane Sawyer confronted her about this astonishing fact in a recent interview -- suggesting some Americans might find the practice distasteful -- Hillary defended herself. She argued that since public service had left her family largely impoverished and debt-ridden after her husband left the White House, collecting exorbitant paychecks for her time and perspective…was totally justifiable:

The idea that the Clintons were “dead broke” upon leaving the White House may or may not have been true, given the extravagant lives they were living. But I imagine it’s hard for ordinary citizens to understand and relate to the financial hardships of a family that reportedly made more than $100 million in speaking fees alone over the past seven years.