Obama on VA Scandal: We Will Get to the Bottom of This 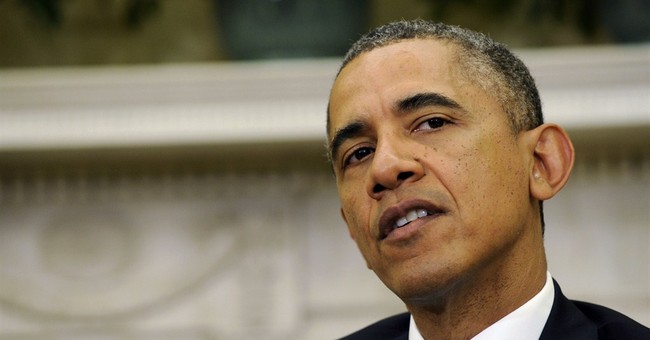 Townhall has been all over the unfolding VA scandal. All told, whistleblowers and insiders from nine VA facilities (and counting) have come forward with allegations that veterans were subjected to unacceptable wait times and suboptimal care. Today the president invited Secretary of Veteran Affairs Eric Shinseki to the White House for a private meeting, presumably to discuss these revelations, announcing beforehand that he would release a statement directly afterwards. Here’s what he said:

“As commander in chief I have the honor of standing with our men and women at every step of their service,” he said. “So when I hear allegations of misconduct, any misconduct, I will not stand for it. Not as commander in chief but also not as an American. None of us should. So, if these allegations prove to be true, it is dishonorable, it is disgraceful, and I won’t tolerate it period.”

“Here’s what I discussed with Secretary Shinseki this morning,” he continued. “We have to let the investigators do their job and get to the bottom of what happened. I want to know the full scope of this problem.”

“I expect preliminary results from that review next week,” he added.

He also reminded the public that problems at the VA have persisted for decades. At the same time, he claimed his administration is doing everything in its power to modernize and bring these medical facilities into the 21st century.

“Keep in mind, even if we hadn’t heard reports out of this Phoenix facility, it often takes too long for veterans to get the care they need,” he said. “It’s not a new problem. That’s why when I came into office I said we would systemically address these problems, and we have been working really hard to address them.”

When asked if he had personally asked for Secretary Shinseki’s resignation, the president made it abundantly clear that he hadn't.

“Across the board he has put his heart and soul into this thing,” he said, commending the embattled secretary for his years of honorable service in the Obama cabinet. “But I have said this to [Eric] and I said this to him today: I want to see the results of this report and there’s going to be accountability.”

“Why did President Obama wait to address this situation only to ask our veterans for more time and to offer nothing but words? We've known about these problems for weeks—facilities cooking their books, veterans dying while waiting for an appointment and bonuses being handed out to those in charge. The Administration, we now know, has known about them even longer. Our veterans have had enough. They deserve results. And we all deserve more from our President. It’s time for an independent investigation.”