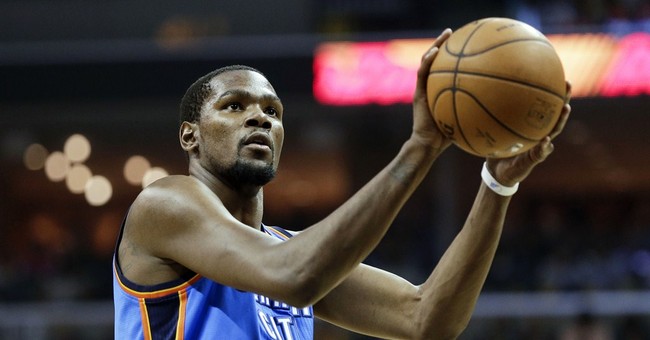 If you haven’t seen this video, you’re missing out. I assume most basketball fans have. It made the rounds earlier in the week, of course, but for reasons you’ll soon understand, I decided to hold off posting it until Mother’s Day.

Watch a man from a broken, poverty-stricken home tell about the challenges he faced -- and overcame -- growing up. He explains that when he was young, his only dream was to be rec league coach –- never imagining that one day he would stand on a stage alongside his teammates to accept the NBA's Most Valuable Player award. It’s hard to watch without tearing up, especially at the very end when he describes his mother as “the real MVP” for her selfless devotion to him and his older brother -- and for encouraging him to dream big.

Usually we don’t see professional athletes exhibiting this much emotion. It’s a rare moment. And one, I trust, you won’t want to miss. Happy Mother's Day: