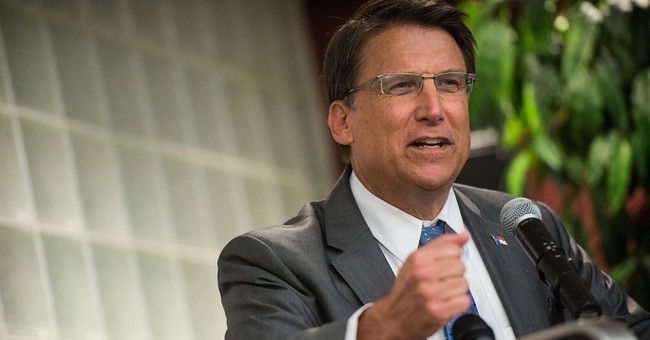 North Carolina's legislature voted to override the veto of its Republican governor today, upholding the rights of public officials to opt out of marriage ceremonies due to sincerely held religious beliefs.

The legislature had originally approved the bill in anticipation of the upcoming Supreme Court ruling, which is widely expected to strike down all state bans on same-sex marriage. But the bill was vetoed by the state's Republican Governor Pat McCrory, who said that while he personally holds to the traditional definition of marriage, "we are a nation and a state of laws."

North Carolina had received pressure from the business community to scrap the bill.

But after a period of regrouping, both chambers of the North Carolina legislature gathered the three-fifths support necessary to overturn the governor's veto. The final Senate vote was 69-41.

The bill in no way poses obstacles to same-sex couples who wish to get married in the state. It merely preserves for public officials the right to recuse themselves from personally granting marriage licenses for periods of at least six months. Proponents of the law see this measure as a reasonable religious liberty compromise with same-sex marriage laws.

Utah is the only other state to have adopted this particular exemption.