Rand: Strip Saudi Funding Until We Find Out What Happened to Khashoggi 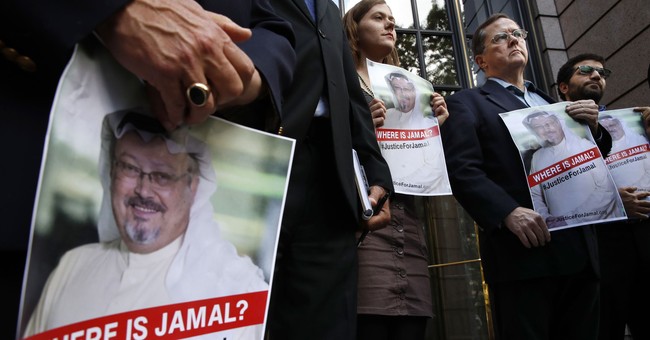 Khashoggi, a Virginia resident, had entered the consulate for paperwork for his upcoming wedding. His fiancée, Hatice Cengiz, does not believe the Saudis and sent an emotional plea to President Trump and First Lady Melania Trump to help her find out what happened to her would-be husband.

Lawmakers like Sen. Rand Paul (R-KY) say the U.S. needs to take swift action and strip Saudi Arabia of military aid. Some Democrats also want to see an end to the U.S.-Saudi relationship.

If this is true - that the Saudis lured a U.S. resident into their consulate and murdered him - it should represent a fundamental break in our relationship with Saudi Arabia. https://t.co/hgCchEZRtJ

Trump isn't convinced, though, noting that if we stop arms sales to the Saudis, they will seek funding from other nations, which doesn't help us.

"I think that would be hurting us," Trump said. "We have jobs. We have a lot of things happening in this country. We have a country that's probably doing better economically than its ever done before. A part of that is what we're doing with our defense system and everybody's wanting them, and frankly, I think that would be a very, very tough pill to swallow for our country."

Still, Trump has urged Riyadh to investigate the journalist's disappearance and said his administration will be releasing a report "soon."